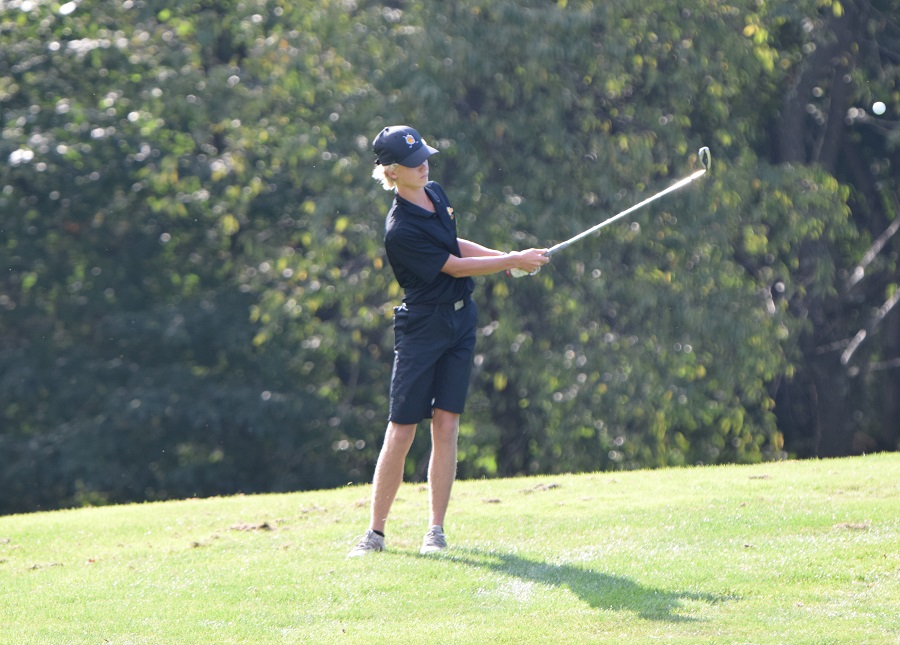 Concluding a phenomenal freshman season at North Allegheny, Chris Hoffman participated in the WPIAL Class AAA individual championship on Tuesday and shot an 88 at Nemacolin Country Club in Beallsville. The 88 wasn’t quite good enough to make the cut for the PIAA individual finals but it didn’t put a damper on a fine season by the NA rookie. Hoffman shot a 45 on the first nine holes and carded a 43 on the back nine. He was one of 36 golfers who competed at the event.

Penn-Trafford sophomore Nick Turowski took home gold with an even par 70. For a look at the entire scorecard, click here. 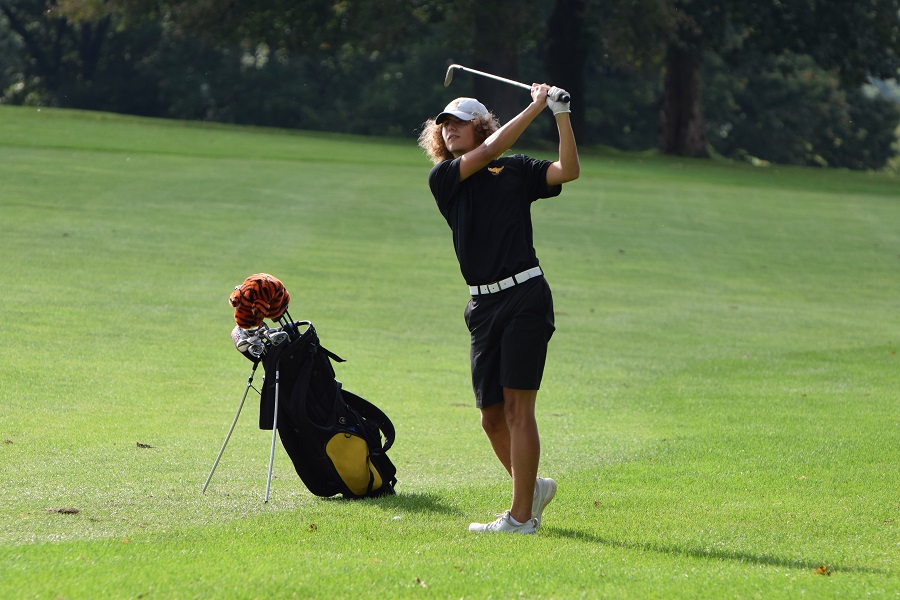 Junior Ethan Byrne was the clubhouse leader with an even par 34. Helping NA’s efforts was freshman Chris Hoffman with a 38, followed by a pair of 39’s from junior Chris Rhoten and sophomore Jake Watterson. Senior Dylan Fitzgerald and sophomore Colin Wang each shot a 40 to round out the scoring.

North Allegheny concludes the team portion of the season with an overall record of 12-8. Hoffman continues the individual leg of the campaign at the WPIAL individual finals on Tuesday at Nemacolin Country Club. 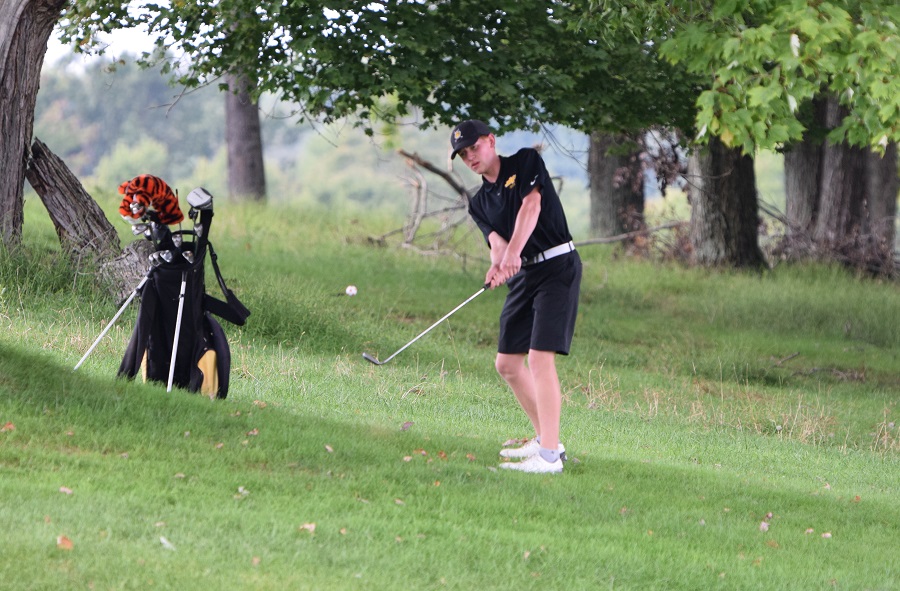 A pair of 38’s from sophomore Jake Watterson and Curtis Rhoten led the way for North Allegheny. Seniors Flynn McGurrin and Dylan Fitzgerald shot a pair of 41’s and freshman Chris Hoffman closed out the scoring with a 42.

North Allegheny improves to 10-8 overall and finishes section play with a 7-5 mark. The Tigers conclude the regular season on Friday at Upper St. Clair. 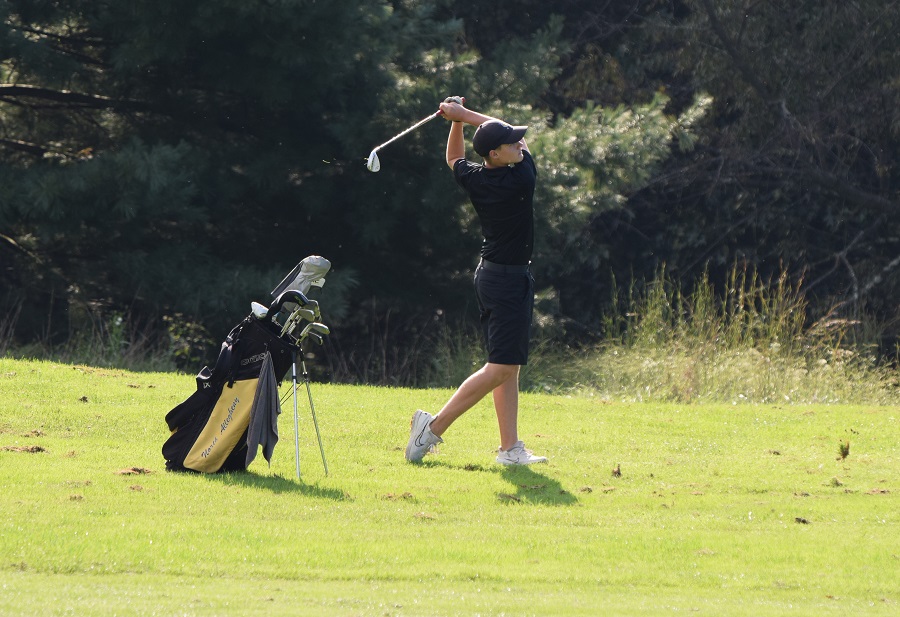 Coming off a big section win at Butler last week, the North Allegheny boys’ golf team parlayed that momentum into an exciting 207-207 win over Mars in a two-hole playoff. Back-to-back victories over teams ahead of them in the standings has wreaked havoc at the top of the standings. The Planets fall into a three-way tie for first place with Butler and Seneca Valley. The Tigers sit in fourth place.

Tied 207-207 after nine holes, it took a two-hole playoff to decide Monday’s meeting with Mars. Freshman Chris Hoffman and sophomore Jake Watterson went head-to-head with the Planets’ Blake Bartolo and Ryan Steigerwald and emerged with a one-stroke win. Hoffman and Watterson also each shot a 40 to pace the Tigers during regulation.

Contributing to the NA victory were Ethan Byrne and Collin Wang with a 41 and 42, respectively. Flynn McGurrin and Peyton Wood each shot a 44. Mars was led by Blake Bartolo with a 38.

North Allegheny leaps to 9-8 overall and 6-5 in section play. The Tigers will visit North Hills on Wednesday, a team they beat by 32 strokes earlier in the season, on the final day of section play. 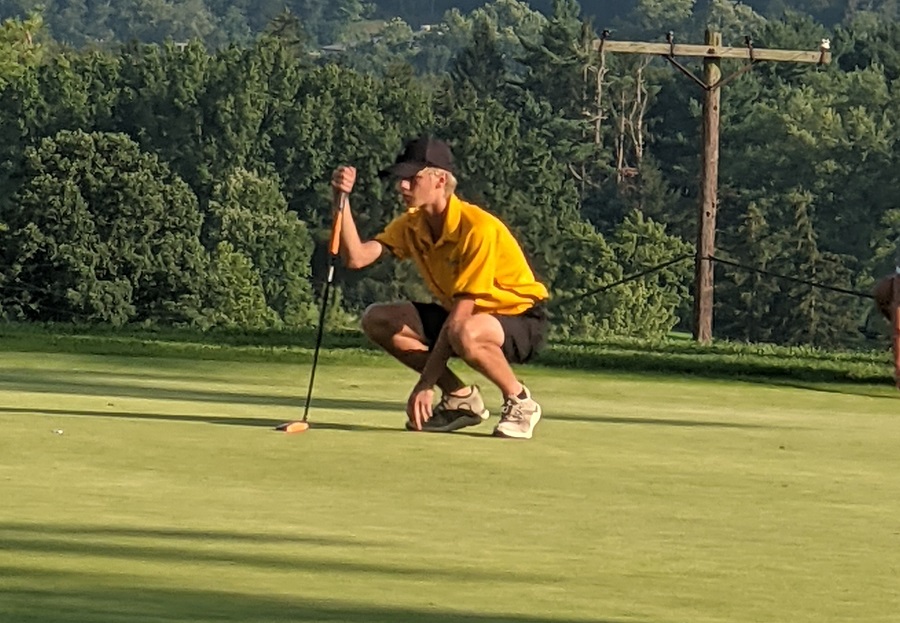 North Allegheny freshman Chris Hoffman continued his outstanding rookie season by advancing to the WPIAL individual finals. Hoffman shot an 81 at the WPIAL individual semifinal on Monday at Willowbrook Country Club. His score was in the top 36 out of a field of 72. To view the scoreboard from Monday’s event, click here.

Hoffman will now take part in the WPIAL individual final on Oct. 5 at Nemacolin Country Club. The top 14 of 36 will move on the PIAA championships.