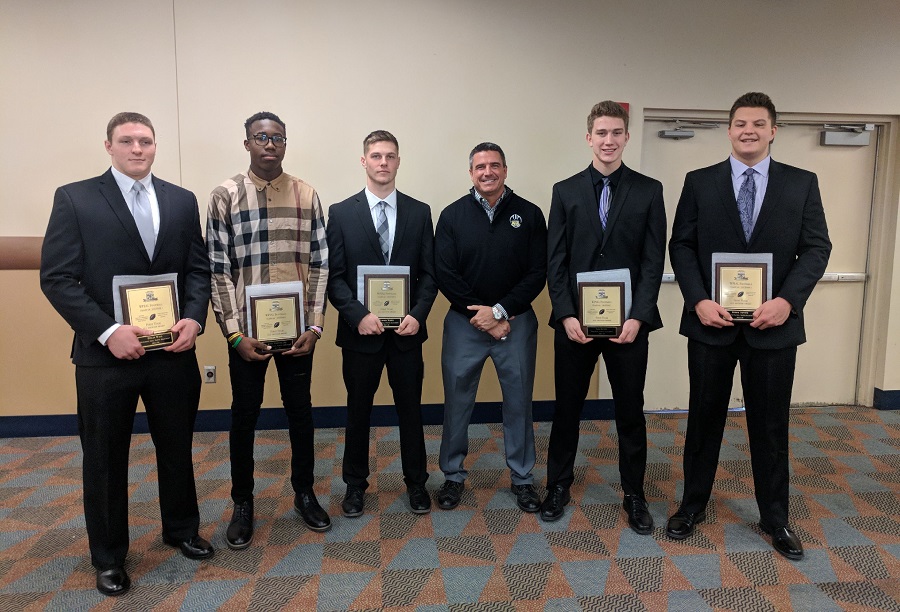 Devine, a University of Virginia commit, anchored the left tackle position and played a key role on an offensive that averaged 35 points per game. Humes was one of the most versatile players on the team and hauled in eight passes for 166 yards this season. Both Devine and Humes were pivotal in plowing open rushing lanes for White, a Cedarville University baseball recruit, who finished second on the team in rushing yards, racking up 1002 yards and 14 touchdowns.

On defense, Wall proved to be one of the top lineman in the conference and made 23 tackles, five for a loss, and added two sacks. In the defensive backfield, Porter was a ball hawk and reeled in a team-best seven interceptions and added a 75-yard fumble return for a touchdown against Mt. Lebanon in week five.