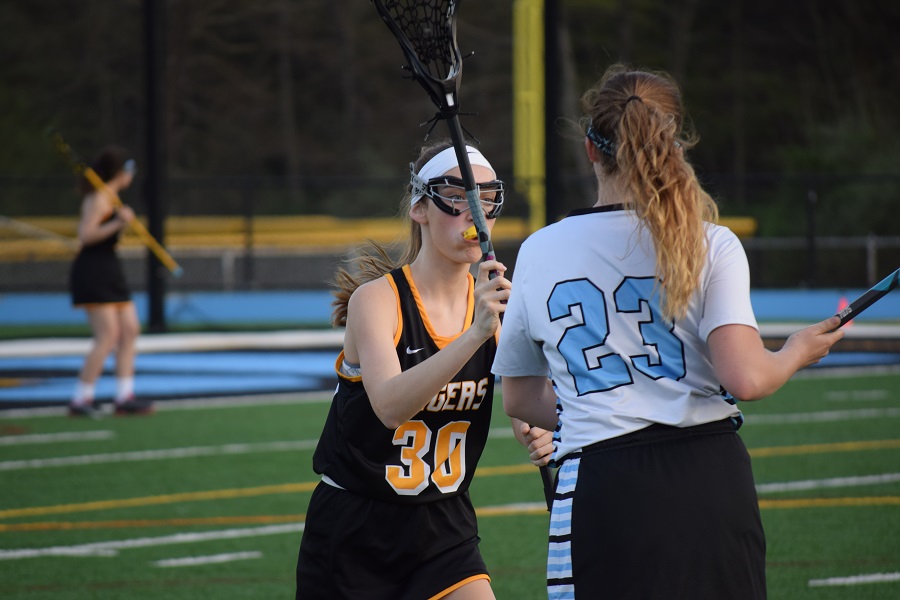 Seneca Valley built an 11-5 lead by halftime and defeated the North Allegheny girls’ lacrosse team on Monday night in a Section 3-AAA contest. Despite the loss, the Lady Tigers still have a chance at the playoffs with one more game remaining on Wednesday night against fourth-place North Hills.

The Tigers received some help on Monday night from Pine-Richland who defeated the Indians, 14-6, keeping NA’s playoff hopes alive. North Allegheny is one game back of North Hills in the standings and can claim a playoff berth with a victory on Wednesday. The game will be broadcast live by the North Allegheny Sports Network.

Junior Brooke Ferringer led the Tigers with a four-goal performance against Seneca Valley and helped NA jump out to a 5-2 lead in the first half before the Raiders scored eight unanswered goals to take command of the game. Ferringer won 7 of 9 draws in the second half and scooped up five ground balls but a comeback was not to be on this night.

Freshman Katie Oates scored a pair of goals for the Tigers and tallied an assist. Also tickling the back of the net with goals were Val Davis, Lexi McClure, Paige Jones and Ryley McClellan. Jones caused two turnovers and corralled a team-best six groundballs.

North Allegheny slips to 7-8 overall and 4-7 in section play. Playoff-bound Seneca Valley improves to 7-5 overall and 7-4 in the section.