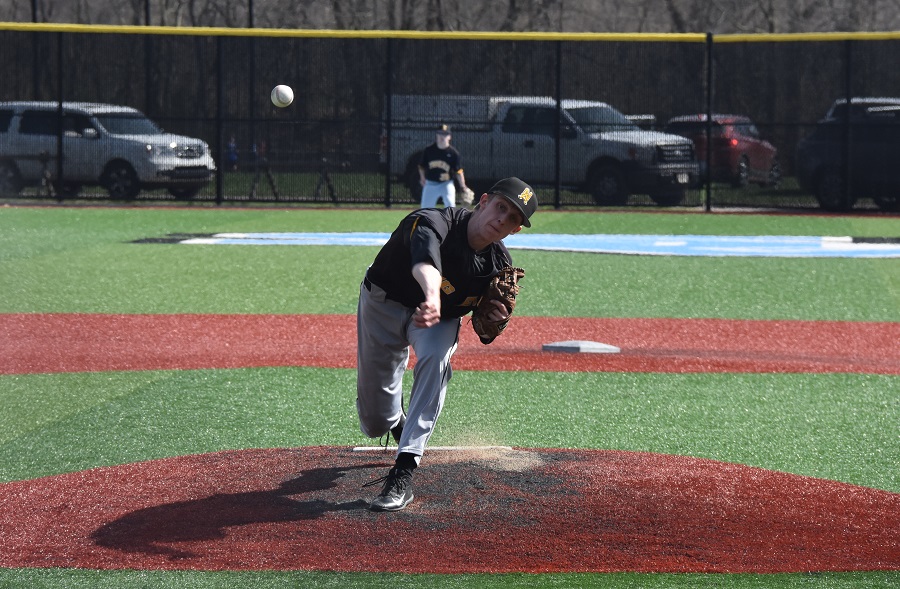 Tigers Tripped Up By Raiders In Section Play, 6-3

The North Allegheny baseball team dropped a 6-3 decision to rival Seneca Valley on Saturday afternoon in Section 1-6A action. The Raiders had only four hits against the Tigers pitching staff but managed to capitalize on six walks and an error to claim the victory.

Seneca Valley tallied an unearned run in the first inning when Mark Trotta raced home on a passed ball to take a 1-0 lead. The Raiders added another run in the bottom of the fourth inning thanks to a Josh McClean solo homer for a 2-0 advantage.

Raiders ace, Corey Greiner, kept the Tigers quiet through four innings but NA broke through for a big inning in the top of the fifth to take the lead. Matt DiRenzo singled home Logan Andreyko to trim the score to 2-1, Seneca Valley. Later in the inning, Cam Medic drew a bases loaded walk that plated Jared Orwell, knotting the score at 2-2. Moments later, Cole Young’s sacrifice fly brought home DiRenzo for a 3-2 Tigers lead.

The lead was short-lived, however, as Seneca Valley took advantage of an NA error in the bottom of the fifth for four runs, three unearned, to grab a 6-3 lead.

Greiner and Trotta, who pitched one inning of relief, made sure the three-run lead stood up as the Raiders earned just their third win in their last 13 meetings with North Allegheny. Greiner tossed six innings and allowed three runs to post the victory. Trotta tossed a scoreless seventh inning for the save.

Following Saturday’s outcome, North Allegheny falls to 7-3 overall and 2-1 in Section 1-6A.  Seneca Valley improves to 7-2 overall and 2-1 in the section. The Tigers will host the Allderdice Dragons on Monday night, weather permitting, at 7:00 p.m.