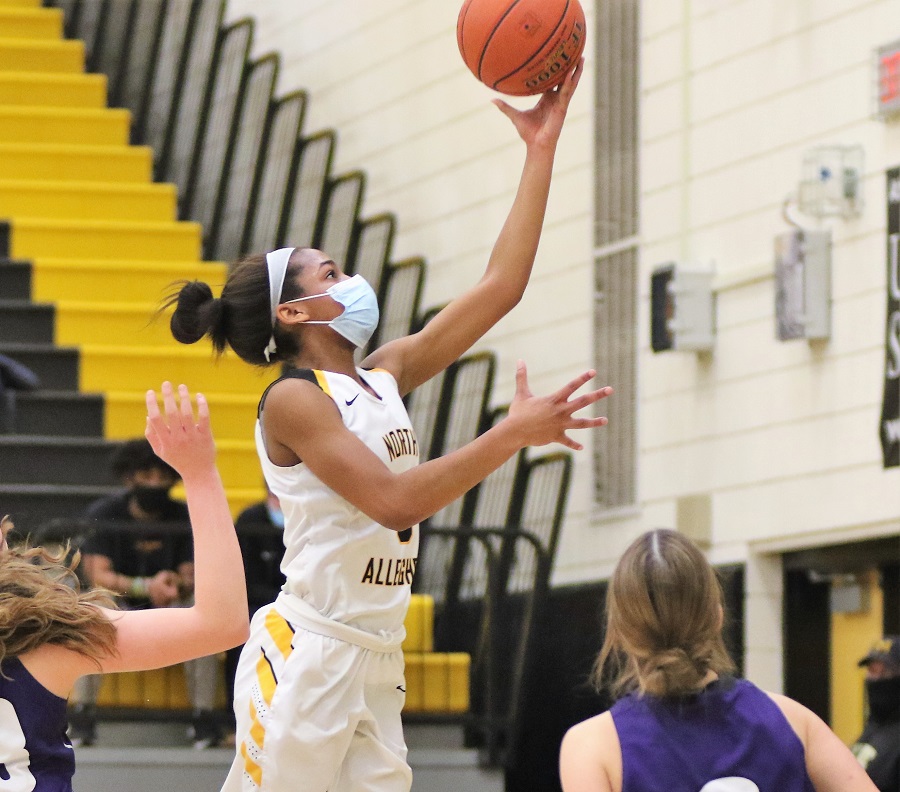 The North Allegheny girls’ basketball faced the Baldwin Highlanders in the WPIAL Class 6A quarterfinals for the second straight year and came away with the same result as last season, earning a 59-39 triumph on Saturday afternoon. In 2020, the Tigers topped the Highlanders 65-46 en route to a WPIAL title.

In Saturday’s matchup, Baldwin focused its defensive attention on stopping University of Pennsylvania commit Lizzy Groetsch. While Groetsch was limited to four points in the first half, it was two other future Division I athletes that helped lead the charge for the Tigers.

North Allegheny built a 16-8 lead after one quarter and took control of the game with a big second quarter. Sophomore guard Jasmine Timmerson terrorized the Highlanders with her quick hands, snatching up a bevy of steals and swatting away numerous Baldwin shot attempts. Timmerson converted steals into baskets with 12 of her 13 points coming in the first half. For her efforts, Timmerson was named the Wright Automotive Player of the Game.

In addition to Timmerson, senior forward Paige Morningstar displayed her shooting range by pouring in three 3-pointers in the first half and finished with a team-high 14 points.

On the strength of Timmerson and Morningstar, North Allegheny held a 35-15 lead at intermission. Twice in the second half, Baldwin trimmed the deficit to 15 points, sparked by Morgan Altavilla and Kayla Radomsky who scored 14 and 10 points, respectively.

An 8-1 run by the Highlanders closed the gap to 47-32 in the early stages of the fourth quarter. However, Baldwin could come no closer as NA pulled away with seven second-half points from Groetsch for a comfortable 59-39 victory. Sophomore Cam Phillips chipped in with eight points, including two 3-pointers, and junior Emma Fischer added six points.

With the win, North Allegheny improves to 22-1 overall and advances to the WPIAL semifinals to face Mt. Lebanon on Wednesday at 6:00 p.m. NA’s 22 wins marks the ninth consecutive year the Tigers have won 20 or more games in a season. Baldwin’s season comes to a close with a 9-8 record. NA’s game against Mt. Lebanon will be video streamed live by the North Allegheny Sports Network.