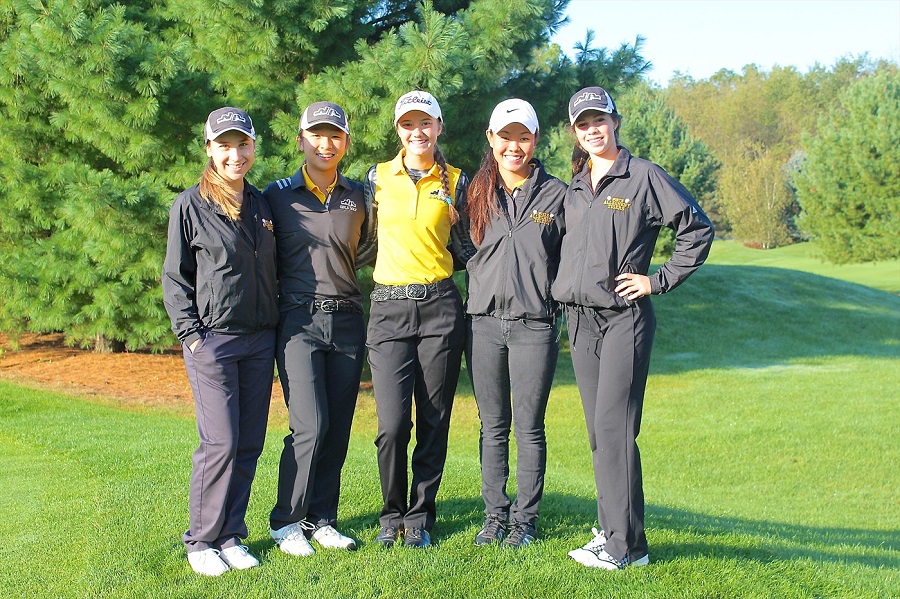 A New Season Best For Lady Tigers In Win Over Shaler

The Lady Tigers set another season-best score on Friday afternoon during a 171-195 win over the Shaler Titans at Pheasant Ridge Golf Course. North Allegheny garnered the section win in large part because of the one-two punch of Megan Leto and Sophia Lee.  Leto scored a 37 and Lee followed with a 38.  Jesse Pak shot a 47 and Katrina Good checked in with a 49 in the winning effort.

The team score of 171 beat the previous low score by 15 strokes. The Tigers shot a 186 against Penn-Trafford on September 10.

North Allegheny sits at 10-4-1 overall and 3-3 in section play. The Lady Tigers host Shady Side Academy on Tuesday at Shannopin at 4:30 pm.