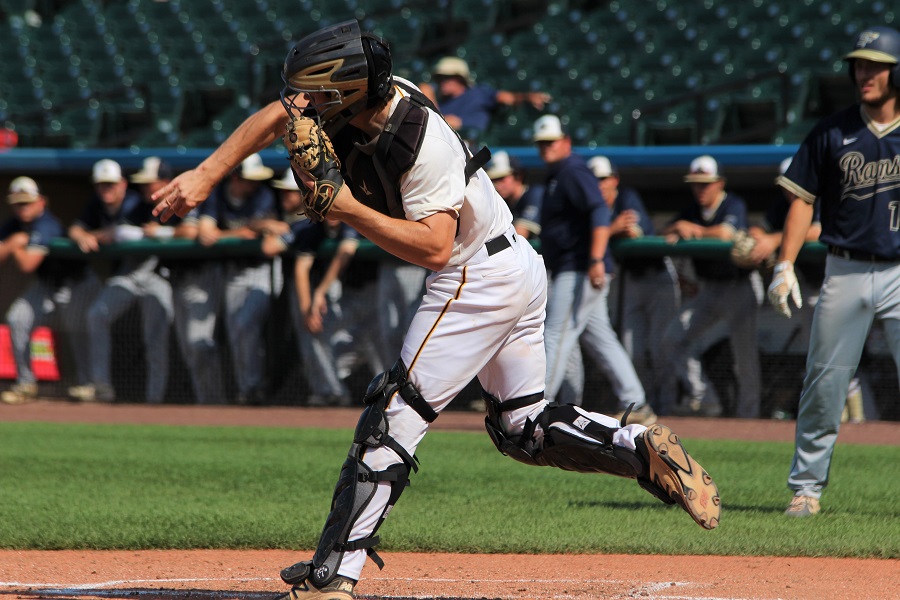 North Allegheny catcher Aaron Posey will continue his athletic and academic career at Kennesaw State University. Posey announced his commitment to the Georgia school in the Atlantic Sun Conference via Twitter on Wednesday.

I am grateful and blessed to announce my commitment to kennesaw State University to further my academic and athletic career. I would like to thank my parents, coaches, and teammates who have helped me through this process. #GoOwls! @TOPSbaseball pic.twitter.com/tP1sg8vTLQ

Posey was a first-team all-section pick by the Big 56 Conference this spring, sporting a .305 batting average with two home runs and 13 RBI. In the opening round of the PIAA playoffs vs. Warwick, Posey matched a season-high with three hits and poked an opposite field home run over the right field fence to help spark a 13-4 victory.

A tremendous receiver behind the plate, Posey played a pivotal role as the NA backstop for a pitching staff that finished the year with a 1.65 ERA. Displaying a strong throwing arm, he threw out 12 of 19 base runners who dared attempt to steal against him.

With the help of Posey, North Allegheny posted a 23-4 record this season with a WPIAL Class 6A championship and a PIAA title game appearance.

At Kennesaw State, Posey will join a program that went 29-22 during the 2021 season and reached the Atlantic Sun Conference championship game. The Owls recently had two players selected in the Major League Baseball Draft this past weekend.