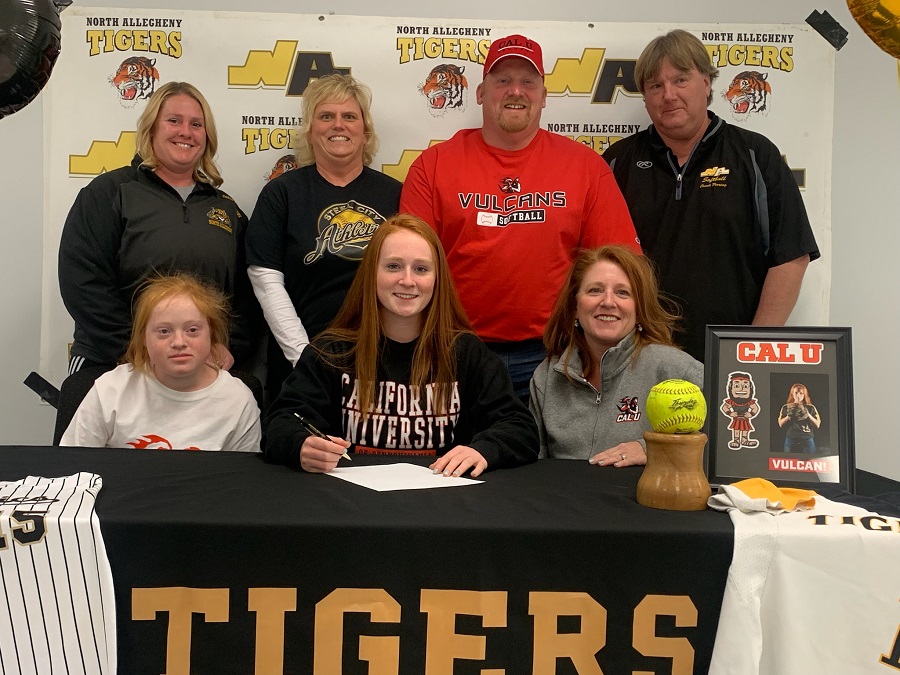 North Allegheny senior shortstop Alaina Whipkey signed her letter of intent on Tuesday to continue her academic and athletic career at California University of Pennsylvania.

As a junior in the spring 2020, Whipkey had a breakout season with the Tigers and was named first-team all-section by the Big 56 Conference. A catalyst in North Allegheny’s explosive lineup, Whipkey set a new single-season program record with 10 home runs, breaking the old mark of nine home runs by Sam Goettmann that stood for 16 years. Along with the long ball, Whipkey also led the Tigers in batting average (.455), RBI (27) and runs scored (27). She also boasted an eye-popping OPS of 1.526.

At Cal-U, Whipkey will play for head coach Rick Bertagnolli. He is entering his 28th season as coach of the Vulcans, and 35th season overall, with over 1,100 career wins. Under coach Bertagnolli’s tutelage, the Vulcans have appeared in 21 NCAA tournaments and won back-to-back national championships in 1997 and 1998.