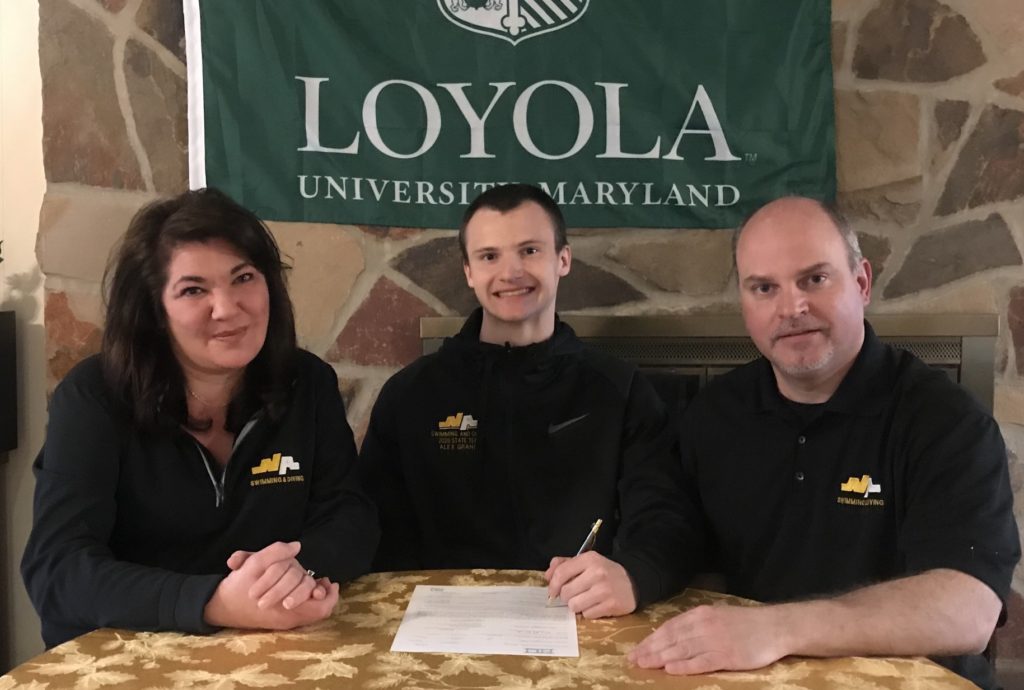 North Allegheny senior Alex Grahor has signed his letter of intent to continue his academic and athletic career at Loyola University of Maryland.

As a senior, Grahor was a key member of a North Allegheny boys’ swimming team that won its ninth straight WPIAL title and finished fourth at states. At the WPIAL championships on Feb. 27-28, Grahor was part of the 200 Free Relay and 400 Free Relay team that both won gold. Individually, he earned two more WPIAL medals by taking second place in the 50 Free and third place in the 100 Breaststroke.

At the PIAA finals at Bucknell University on March 11-12, Grahor earned state silver as part of the 200 Free Relay and 400 Free Relay. He was also on the 200 Medley Relay that took PIAA bronze.

Grahor will study Economics at Loyola University of Maryland. He is pictured above with his parents, Jen and Lou.