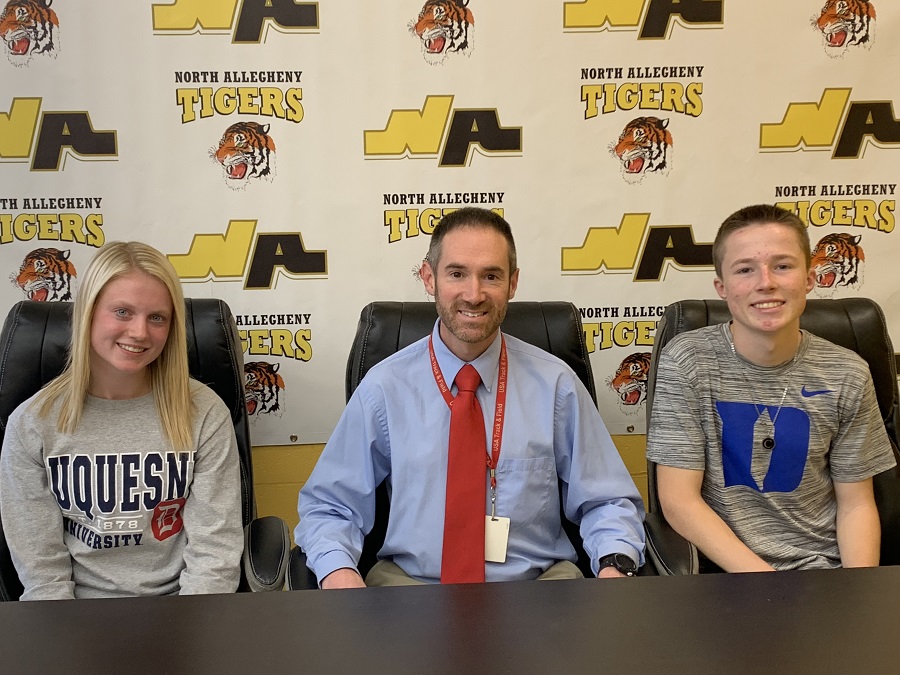 Two North Allegheny cross country standouts signed their letters of intent on Wednesday to continue their careers at the next level. Senior Ally Christy has tabbed Duquesne University and senior Zach Kinne signed on to compete at Duke University.

Kinne, a transfer from Illinois Prep where he racked up an impressive resume, rounded out his high school career as a senior at North Allegheny where he took second place at the PIAA championship with a time 16:07. Among a long list of accolades, Kinne also took fifth place at the Nike Cross Country Nationals.