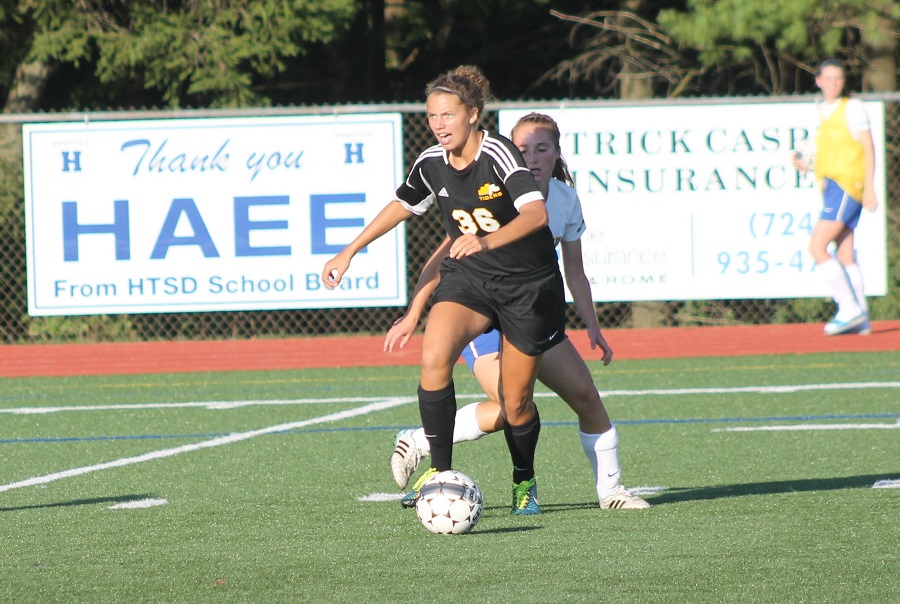 The Lady Tigers grabbed the game’s first goal when Marina Thornton found Alex Adams who dribbled to the top of the 18-yard box and fired a shot past the Hampton goalie for a 1-0 lead. The goal by Adams was very similar to the one she scored against Seneca Valley on Monday night.

North Allegheny dictated the play in the first half and limited the Talbots to just two shots on goal and left them without a corner kick. However, Hampton managed to tie the game in the second half on a long lofting shot by Sarah Frey that was just over the NA keeper’s reach and the score was knotted up at 1-1.

The Tigers almost avoided overtime as in the 80th minute Gabby Smychynsky came free for a shot from 18 yards out, but her attempt rang off the post and the game went to an extra session. NA didn’t let play last too long in overtime as Bridget Pike played a ball to Miller who calmly placed the ball into the back of the Hampton net for a 2-1 Tigers victory. Miller’s goal came just two minutes into OT.

North Allegheny improves to 8-2 overall and 6-2 in Section 2-AAA. Hampton falls to 2-8 overall and 1-7 in section play. The Lady Tigers visit Butler in another section matchup on Saturday at 7:30 pm.