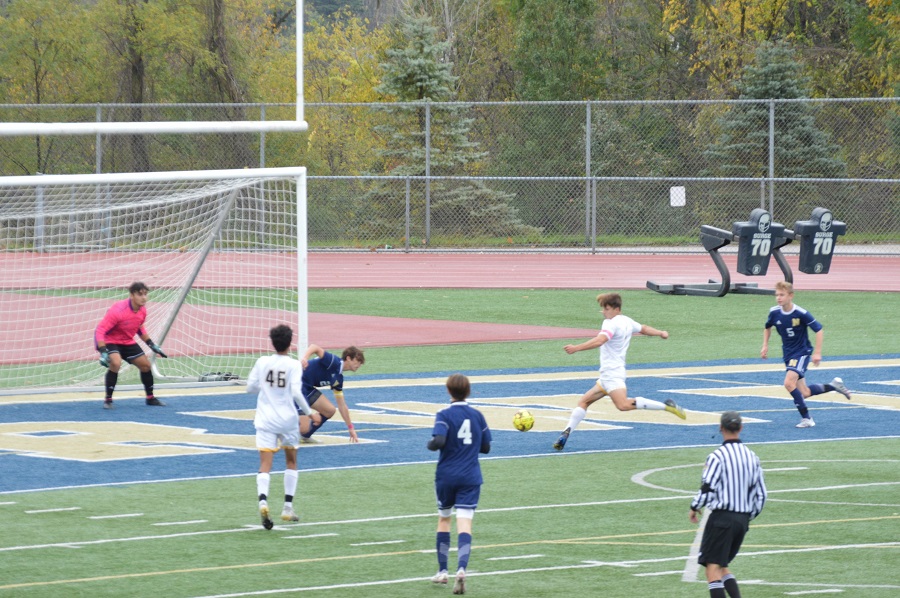 North Allegheny started the game very aggressive and 63 seconds in Matt Mihm sent a cross right on target to Anderson who put the ball in the back of the net and the Tigers had the early 1-0 lead. Feeding off the early goal the Tigers kept possession for most of the half with almost all of the play being in their offensive end. Norwin had one scoring opportunity in the first half but a shot over the crossbar kept it 1-0 at halftime.

Things got a little more even in the second half but with 27:00 to go in the game it looked like Anderson would have his second goal but an unbelievable save by Norwin keeper Andrew Yanez kept the score right where it was. About 14 minutes later it was Connor Kaczmarek  who put a good shot on net but was once again denied by Yanez. With time running out, Norwin began to bring people forward and possess the ball more. With 1:40 to go it look like the Knights had a chance to tie the game but Dante Accamando made a diving save to keep the ball out. The Knights would keep possession the rest of the game but could not get a shot on net and the Tigers survived 1-0 putting them into the WPIAL Semifinals.

Anderson was named the Wright Automotive Player of the Game scoring his 27th goal of the season. North Allegheny’s defense did a phenomenal job holding down all-state forward Caleb Yuricha who had 28 goals coming into the game.

North Allegheny improves to 15-5 overall. Norwin’s season ends at 14-2-1. The Tigers will face off with the second-seeded Peters Township Indians in the WPIAL Semifinals on Tuesday at a site and time to be determined.