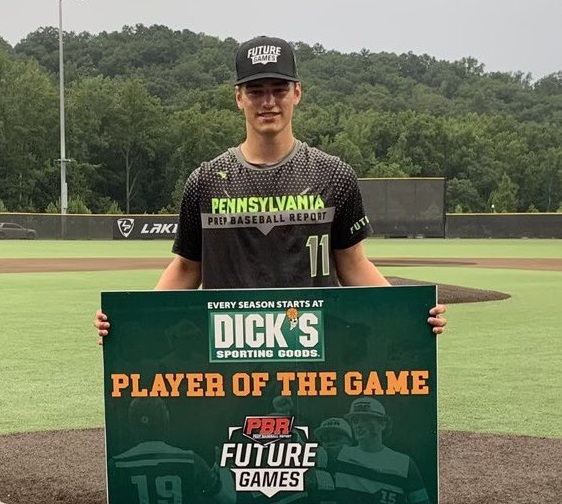 North Allegheny incoming junior Andrew Hart participated in a national event involving some of the top prospects in the country this weekend and was named the Player of the Game of the Prep Baseball Report Futures Game. Hart belted a grand slam to propel Team Pennsylvania to an 8-6 win over Team Canada.

The PBR Futures Games were held from July 28-31 at LakePoint in Emerson, Georgia. The Prep Baseball Report Future Games is the premier summer scouting event for Class of 2023 prospects and select 2024 prospects. In years past, more than 300 college coaches from all over the country were in attendance.

Cole Young, a 2022 Draft prospect and @DukeBASE commit, hits the gap for an RBI triple in the #PDPLeague21 championship game.