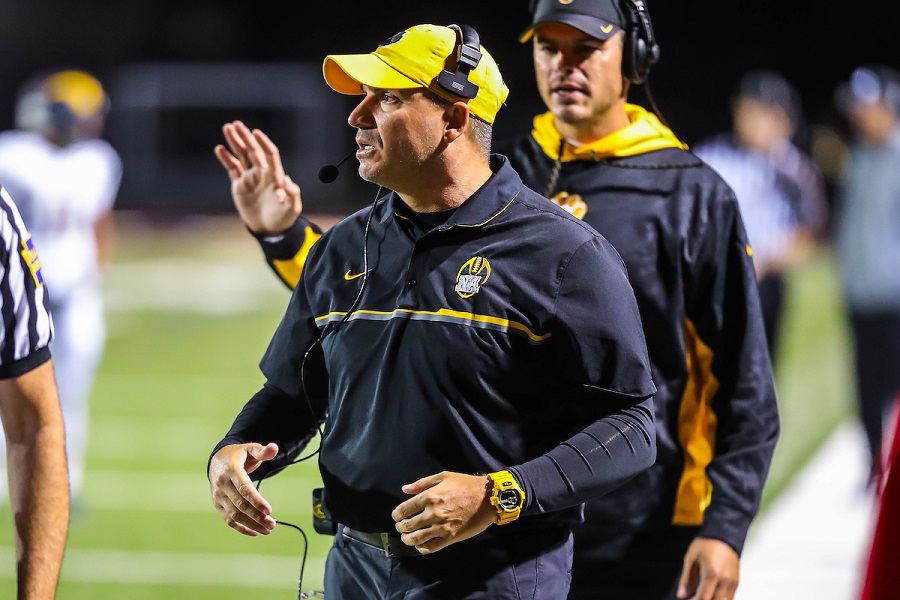 Art Walker Jr. To Be Inducted Into Football Coaches Hall of Fame

The North Allegheny Athletic Department is proud to announce that head coach Art Walker Jr. will be enshrined into the Football Coaches Hall of Fame on Saturday, April 1, 2017 at 10:30 am in the Great Hall of the Senator John Heinz History Center and Sports Museum. A reception and buffet at the Rivers Casino Banquet Room (2nd floor) will begin at 2:00 pm. Pennsylvania State Law requires all attendees of the River Casino to be 21 years of age or older to enter the Casino, including the buffet. Click here for an order form for your convenience.

Walker recently concluded his 20th season as a head football coach and 12th season at North Allegheny. Walker has a career coaching record of 179-53 overall, with five WPIAL titles and six championship game appearances. Since coming to North Allegheny, he’s led the Tigers to three WPIAL crowns and two PIAA titles with the most recent coming in 2012. At North Allegheny, Walker’s coaching record is 118-30. His father, Art Walker Sr., is a Hall of Fame coach as well and won six WPIAL championships during a 26-year career, capturing five titles at Mt. Lebanon and one at Shady Side Academy.