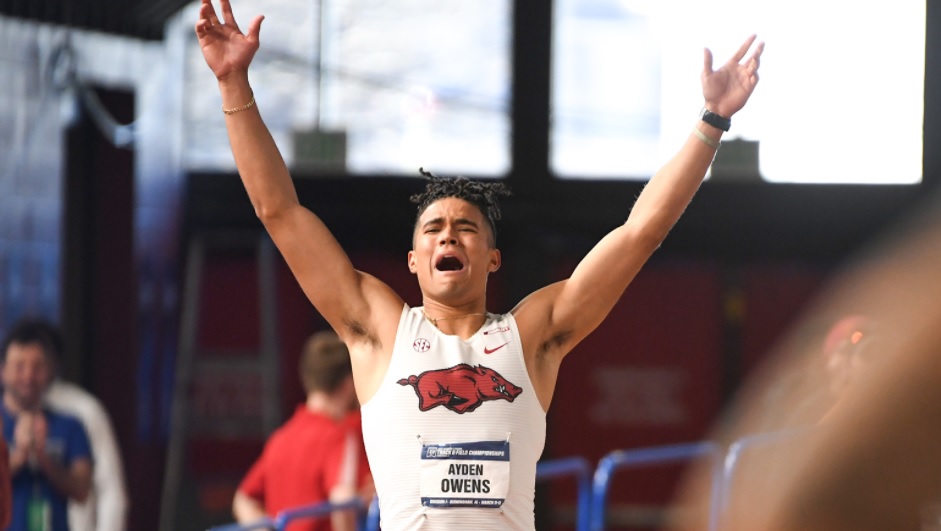 BIRMINGHAM, Ala. – SEC Outdoor honors for the 2022 season included accolades for a pair of Razorbacks as junior Ayden Owens-Delerme was named Field Athlete of the Year  as voted upon by league coaches.

Accomplishments for Owens-Delerme during the outdoor season included a then collegiate record in the decathlon when he scored 8,528 points to win the Mt. SAC Relays decathlon.

Within that performance, Owens-Delerme also established decathlon collegiate best marks for the 100m (10.27) and 400m (46.12) while generating the fifth-best day one collegiate score of 4,483 points.

In the SEC Outdoor Championships, Owens-Delerme placed fifth in the 110m hurdles, ran third leg on a silver medal 4 x 100 relay, and ran the lead-off leg of the 4 x 400 relay which placed sixth.

Having qualified for the NCAA Championship field in the decathlon, Owens-Delerme assisted with the 4 x 400 relay during the NCAA West Preliminary rounds. He ran the first leg, with a split of 45.9, as Arkansas advanced on time to Eugene.