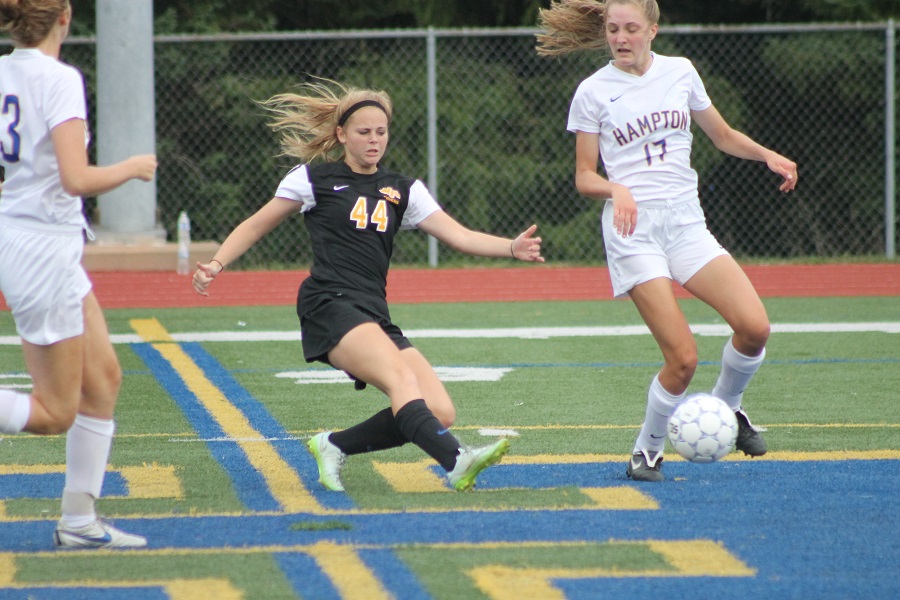 Bethel Park snapped a three-game winless streak with a 2-1 win over the North Allegheny Tigers on Saturday. Junior Savannah Popp broke a 1-1 tie in the second half with a terrific one-on-one move outside the 18 to seal the victory for the Black Hawks.

North Allegheny had a tough time offensively in the first half and garnered only one shot on goal. Bethel Park took a 1-0 lead in the first half on a Jordan Mehalko goal, assisted by Lauren Barr on a free kick. The Lady Tigers tied the game at 1-1 in the second half when Hayley Stultz got to a loose ball in the box and buried it under the cross bar. The game remained tied until Popp’s game winner later in the half.

North Allegheny dips to 4-4 overall with the non-section loss. Bethel Park improves to 2-6-1 overall with the win. The Lady Tigers return to section play with a visit to North Hills on Monday night.