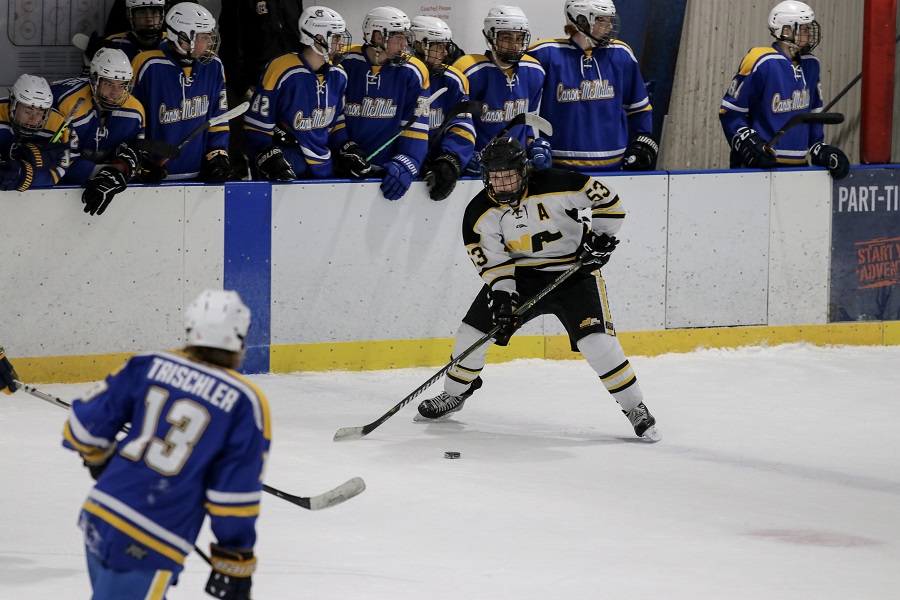 For the second time this season, first-place Canon-McMillan escaped North Allegheny with an overtime victory. On Thursday night, the Big Macs edged the Tigers, 3-2, courtesy of an overtime goal by Nick Price 34 seconds into the extra session. It was the fourth overtime game for the Tigers this season, going 2-2 in such contests.

Canon-McMillan grabbed a 2-0 lead by the 6:40 mark of the second period on goals from Hudson Howard in the first period and Price in the second. North Allegheny clawed its way back into the contest when Connor Chi flipped a shot past CM goalie Mario Eafrati and cut the deficit to 2-1 at the 11:45 mark of the second period. The Chi goal, his 13th of the season, was assisted by Cole Jackman and Nathan Spak.

At the 6:15 mark of the third period, Chi returned the favor and set up Spak for a goal that knotted the score at 2-2. With two points and several bone-rattling checks, Chi was named the Wright Automotive Player of the Game.

While it appeared, North Allegheny had seized momentum, Canon-McMillan struck quickly in overtime on Price’s second goal of the night and 10th of the season, to lift the Big Macs to the 3-2 victory.

Eafrati made 21 saves to earn the victory. Senior goalie Josh Bailey stopped 23 pucks in a valiant effort in net for the Tigers.

Following the overtime loss, North Allegheny did pick up a point in the standings and sits at 10-3-2 and in a tie for third place in the Class AAA standings. Canon-McMillan remains in first place with a 13-1-1 record. The Tigers will begin a stretch of five straight road games to end the regular season with a visit to Bethel Park on Thursday, March 11.