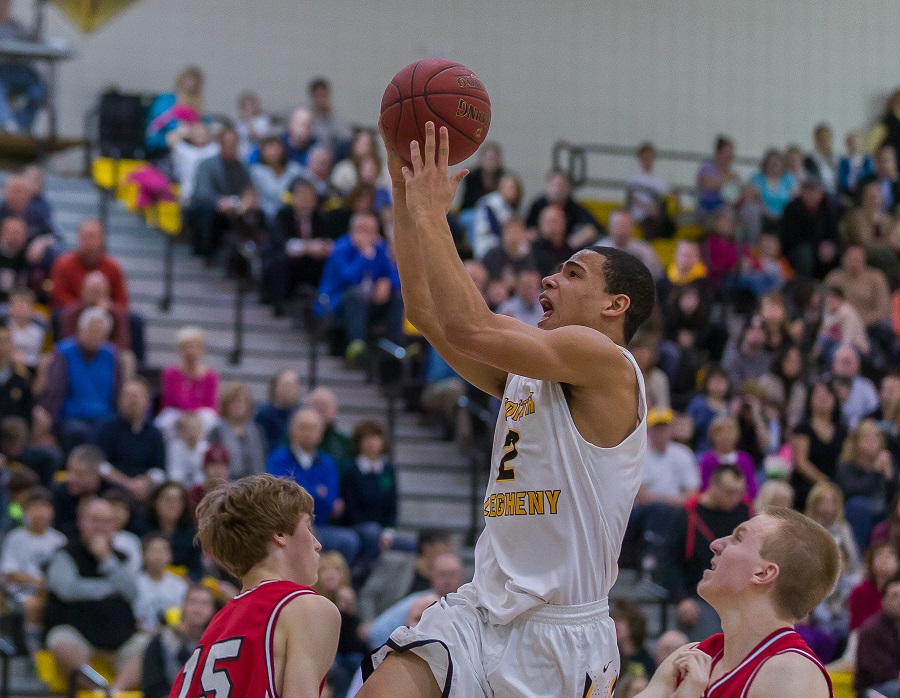 The North Allegheny Boys Basketball Team finished Section 3-AAAA play on Friday night with a 72-56 victory at North Hills. The Indians put a scare into the Tigers early on as the rivals from West View led, 25-24, at intermission and limited NA to 38 percent shooting for the half.  However, North Allegheny sprung loose in the third quarter and outscored the Indians 21-11 and continued on in the fourth for a 16 point victory. NA shot 52 percent from the field in the second half.

Junior Cole Constantino paced the Tigers offensively with 21 points and 4 of 7 shooting from beyond the arc.  Constantino was perfect from the free-throw line, hitting 7 of 7 attempts. Senior Joe Mancini fired in three treys on his way to a 13 point night.  Senior Elijah Zeise notched a double-double with 15 points and 11 rebounds.  Senior David Haus crashed the glass for 10 rebounds and dished off five assists.

The playoff-bound Tigers finish section play with an 11-3 record and improve to 17-3 overall. North Hills drops to 10-12 overall and concludes section action with a 4-10 record.  North Allegheny visits Penn-Trafford on Saturday afternoon at 1:30 pm.