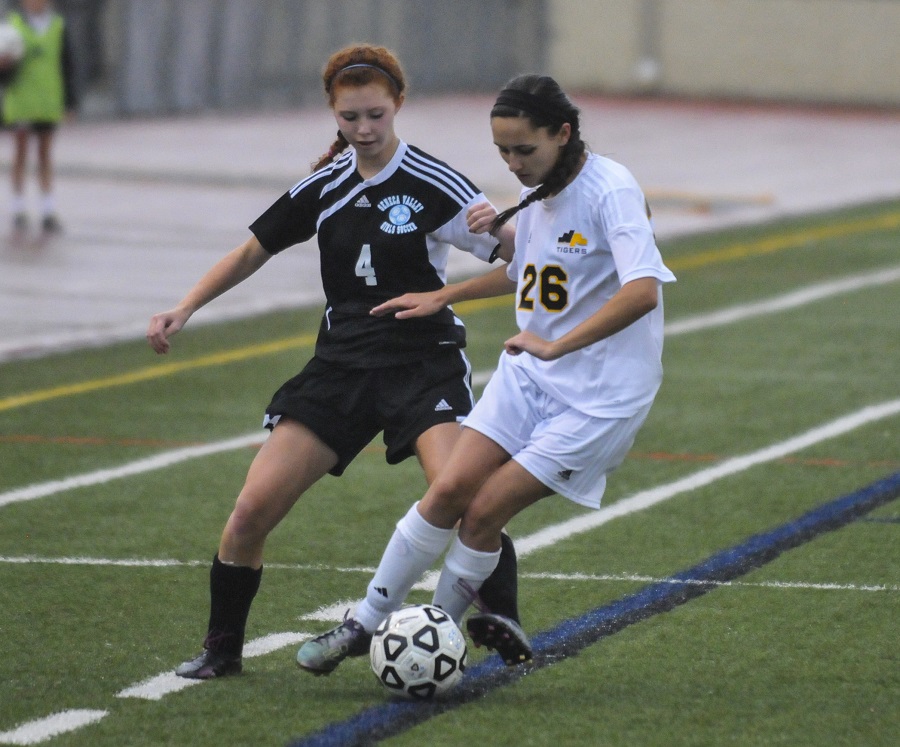 Seneca Valley scored four second half goals to pull away from North Allegheny on Wednesday in the Section 2-AAA opener for a 6-2 victory.

The Lady Tigers played even with the Raiders in the first half and took the lead in the 18th minute.  Senior Savana Yurick took a pass from Sarah Chomos, dribbled past a defender, and beat Seneca Valley’s goalie for a 1-0 lead. However, the Raiders tied the game in the 23rd minute of the half on a shot by Emily Wagner that sailed just beyond the outstretched arms of NA goalie Emily Lyons.

Seneca Valley grabbed a 2-1 lead at the 28th minute of the half on a marker by Emily Cekella.  Undaunted, the Tigers knotted the score in the 38th minute when Maria Gonchar drove home a loose rebound off a Yurick shot to bring the score to 2-2.

In the second half, Seneca struck quickly on a Caroline Miller goal and put the game away with three more tallies before game’s end. North Allegheny managed four shots in the first half but only two more for the rest of the game, keeping the Tigers comeback hopes in check. The Raiders finished with 17 shots and nine corner kicks to NA’s two corners.

Following the loss, North Allegheny drops to 1-1 overall and 0-1 in section play. Seneca Valley sits at 2-0 overall and 1-0 within the section.  The Lady Tigers will try to bounce back on Saturday with a home matchup with section foe Hampton. Kickoff is slated for 7:00 pm from Newman Stadium.