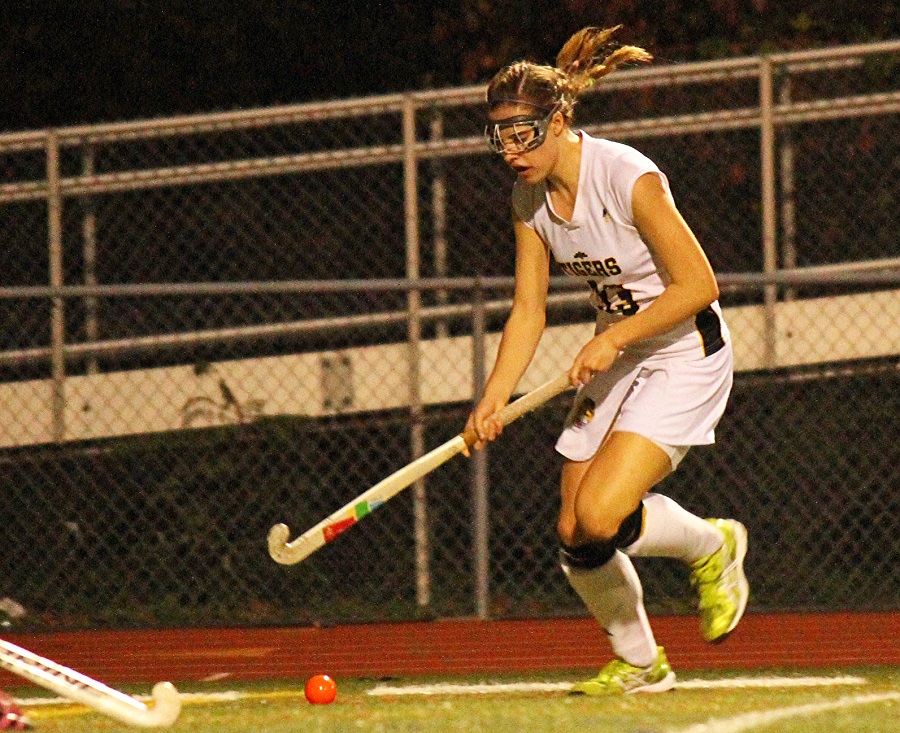 North Allegheny scored three goals in the first three minutes and thirty seconds Wednesday night and cruised to an 8-0 victory over Hempfield.  North Allegheny did not allow a shot on net, and back-up goalie Isley Smith was the only goalie for North Allegheny to touch the ball when she kicked a ball forward 47 minutes into the contest.  North Allegheny outshot Hempfield, 12-0.

Kailey Vogl put the Tigers up 1-0 just 38 seconds in from an assist by Jessica Brandon.  Two minutes later Brandon picked up her second point of the night, scoring her first goal on an assist by Megan Guzzardi. Vogl scored a minute later when Brandon shot and Vogl was there for the rebound.  The prettiest goal of the night was Brandon’s second goal of the evening.  She made a thirty yard run, then side stepped a defender, and fired a shot past the goalie to give the Tigers a 4-0 lead.  Amanda Jagus, Abby Genter, Nicole Burns, and Kendra Downey also scored for the Tigers.  Jessica Brandon was named the Wright Automotive player of the game for her four point effort.

The Tigers improve to 9-3 overall and stay undefeated in section play.  They will be off until Tuesday when they will host Norwin.