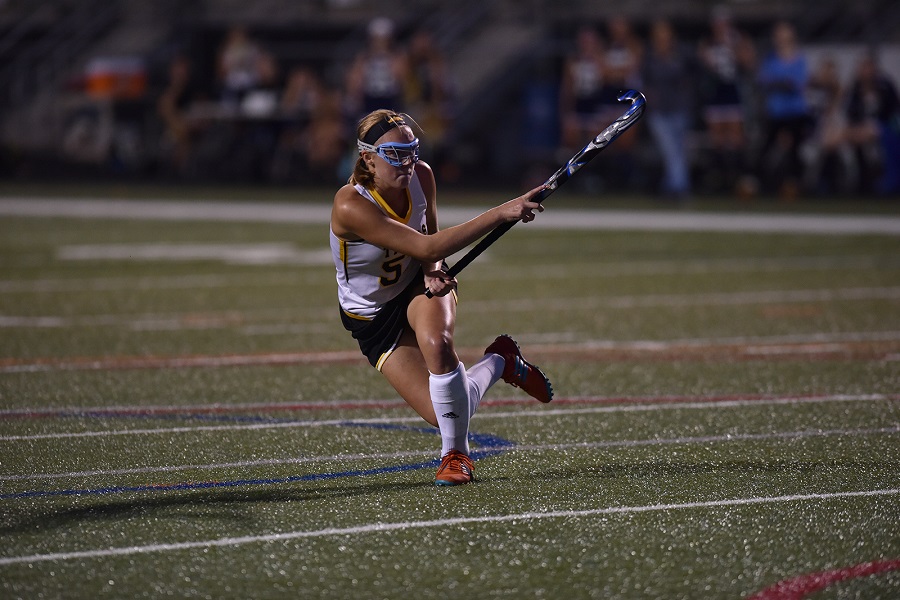 Kean University recruit Bridget Russell scored three goals in the second half and sophomore Marisa Hess netted the game-winner with one-minute remaining to propel North Allegheny to a 5-4 come-from-behind win over the Norwin Knights on Wednesday at Newman Stadium.  Hess’ goal capped a five-goal outburst by the Tigers in the second half to capture an important early-season win in WPIAL Division I play.

North Allegheny dictated the pace of play throughout most of the first half and held a heavy advantage in penalty corner opportunities. Despite the early chances, the Tigers could not capitalize as the game remained scoreless until Norwin was able to utilize its outstanding team speed in the final five minutes of the half. Karlie Pavlic broke loose for a goal with 4:48 remaining and Jessica Kolesar, also a PIAA medalist on the Norwin track and field team, scored with just four seconds left in the half to give the Knights a 2-0 lead.

The Tigers bounced back quickly and cashed in on two penalty corner chances as Russell scored two goals in the first six minutes of the second half to even the score at 2-2. NA held a sizable 17-4 advantage in penalty corners and outshot the Knights, 15-10.

Norwin regained the lead with 16:38 to play in regulation when Kate Donofrio scored on a penalty corner to put the Knights in front, 3-2. That lead was short-lived, however, as a little over a minute later Hess sent a pass to junior Hailey Wachowiak, who beat a pair of defenders and Norwin goalie Bailee Kelly to even the score at 3-3.

Once more, Norwin struck back thanks to the speed of Kolesar who sprinted by the NA defense with 12:18 to play for a goal and a 4-3 advantage.

With 5:09 left in regulation, Russell hammered a blistering shot that whistled by the Norwin defense and into the net to knot up the score at 4-4. For posting a hat trick and sparking a second-half rally, Russell was named the Wright Automotive Player of the Game.

With the outcome still in doubt, North Allegheny applied continued pressure in the waning minutes and took its first and only lead of the night when Hess tapped in the game-winning goal off a penalty corner with just one-minute remaining. The Tigers staved off the Knights over the final 60 seconds to close out an exciting 5-4 win.

Tigers goalie Kali Kugler made eight saves to earn the victory in net. Kugler was aided by the fine defensive effort of Kayley Cooper and 2017 All-WPIAL performer Trystan Laughrey.

North Allegheny improves to 3-1 overall and 2-0 in WPIAL Division 1. Norwin falls to 0-1 in the division. The Lady Tigers look to keep things rolling against Latrobe on Thursday night at home.