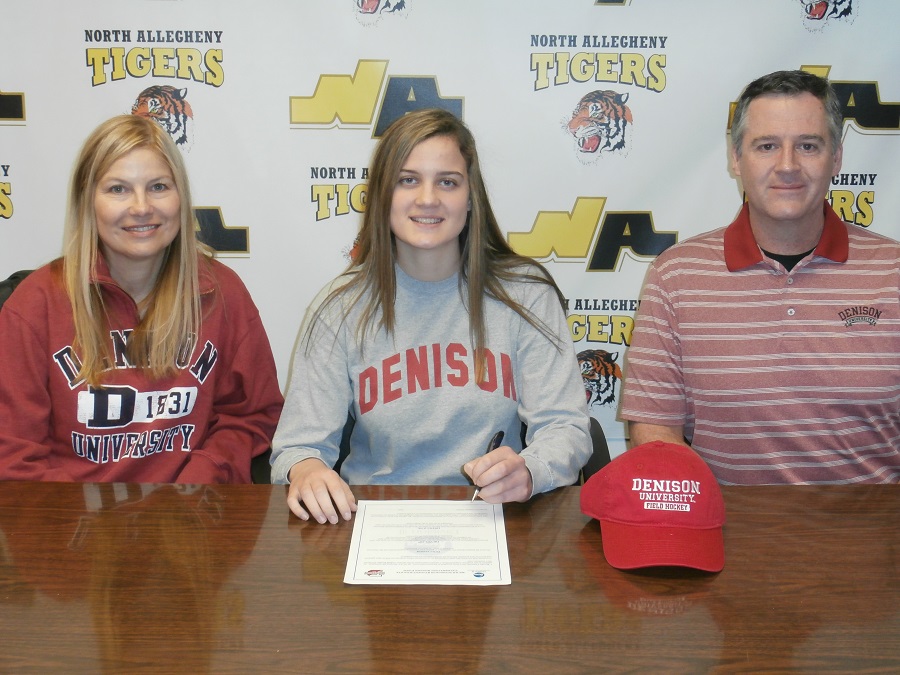 North Allegheny Senior Brooke Cameron has committed to play field hockey at Denison University.  Cameron, a two-time All-WPIAL selection (First Team 2016; Honorable Mention 2015), was a key contributor to the NA field hockey team.  During her tenure, she played both forward and midfield, and helped lead the Lady Tigers to the 2015 WPIAL championship game, as well as the 2016 WPIAL semifinals.  She also served as a representative to the 2015 WPIAL Summit on Sportsmanship.  Best wishes to Brooke at Denison!