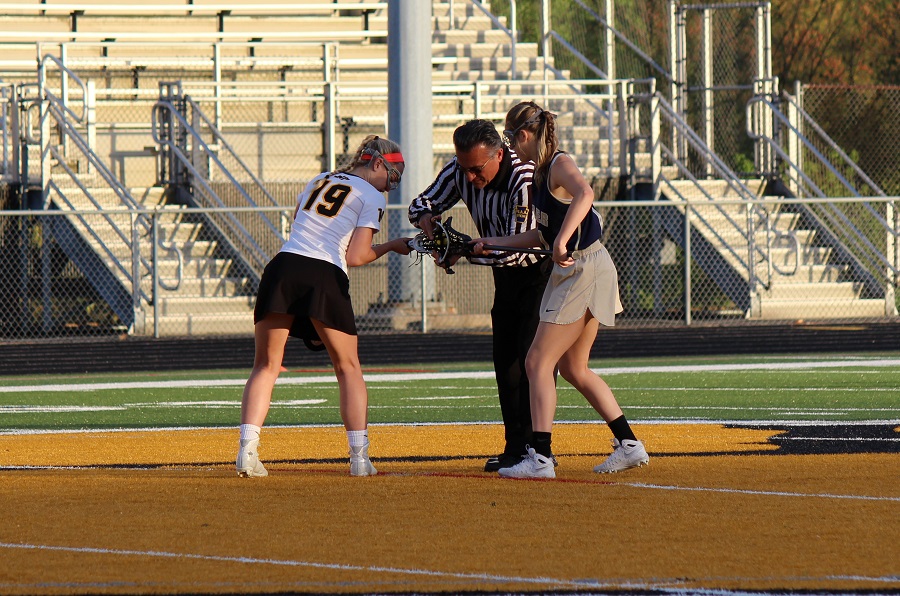 North Allegheny rallied from a five-goal deficit in the second half for a 14-11 season-opening win over the Shaler Titans on Monday night at Newman Stadium. Spearheaded by junior Brooke Ferringer’s six-goal performance, the Lady Tigers outscored the Titans 10-3 in the second half to seize the Section 3-AAA victory. Ferringer scored five of her goals during the second-half surge and was named the Wright Automotive Player of the Game by the North Allegheny Sports Network.

Both teams traded barbs in the first 10 minutes of the game with the Tigers leading 3-2 thanks to goals from Lexi McClure, Nicole Atkinson and Ferringer. However, Shaler surged ahead by scoring six of the next seven goals for an 8-4 halftime lead. Sophomore Ava Kozej netted three goals in the first half for Shaler and finished with four goals on the night. Junior Paige Jones scored NA’s only other goal in the first half.

The Titans seemed to pick up where they left off in the opening minutes of the second half when sophomore Mackenzie Romac scored her second goal of the night for a 9-4 lead. Undaunted, North Allegheny responded with eight straight goals to not only erase the deficit but take a 12-9 lead with 9:40 remaining in the game. Ferringer scored four goals during the eight-goal spurt, McClure added two goals to secure a hat trick, and junior Ryley McClellan made a spectacular play weaving through traffic for a goal.

Following a Shaler timeout, the Titans answered back in kind with back-to-back goals from Rylee Wilson and Ava Kozej to trim the North Allegheny advantage to 12-11 with 5:49 left to play.

With 4:07 remaining, McClellan netted her second marker of the evening to expand the NA lead to 13-11. Capping a lengthy clock-killing possession, Ferringer delivered the dagger with 1:31 on the clock to finish off a 14-11 triumph for North Allegheny. Junior Becca Wickett earned the win in net for the Tigers.

With the season-opening win, the Tigers will try for two in a row when they visit the reigning WPIAL Class AAA champion Pine-Richland Rams on Wednesday night. Start time is slated for 7:30 p.m. Shaler will host Butler on Wednesday in Section 3-AAA action.