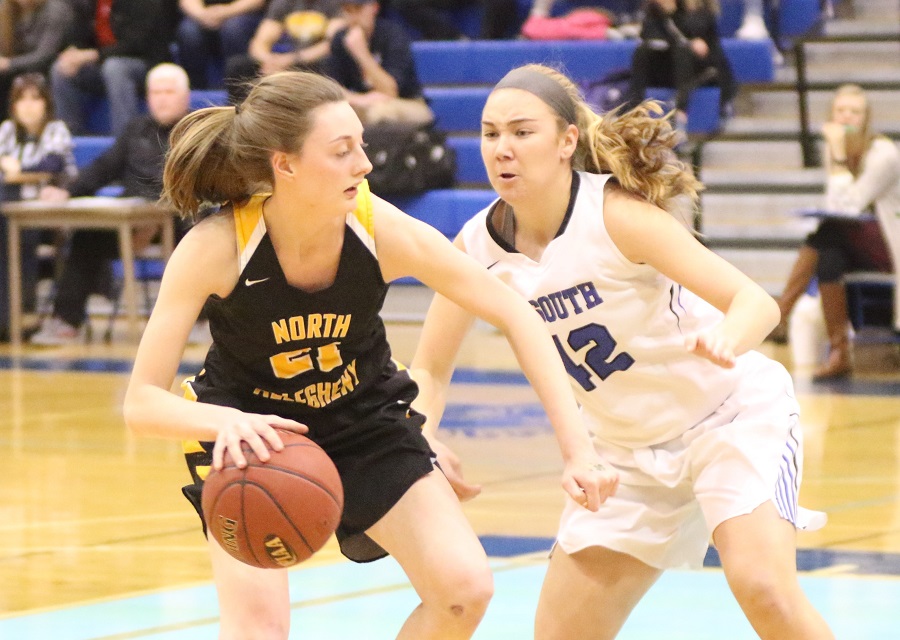 North Allegheny’s undefeated run came to an end on Monday night in Chambersburg, PA as Central Bucks South upended the Tigers, 52-49, in the PIAA Class 6A semifinals. North Allegheny held an 18-14 lead at halftime but CB South used a 12-0 run to open the third quarter to grab a 26-18 lead. The Titans were sparked by junior guard Alexa Brodie who netted a game-high 24 points, scoring 19 in the second half.

The Tigers stayed close with CB South in the second half and trailed by just three points with three seconds remaining. However, North Allegheny’s last-ditch chance to tie the game was thwarted on a steal by Brodie as time ran out for a 52-49 triumph for CB South. North Allegheny was led by Radford University commit Piper Morningstar who finished with a team-best 13 points. For her efforts, Morningstar was named the Wright Automotive Player of the Game.

Freshman Lizzy Groetsch netted 11 points and junior guard Brynn Serbin totaled seven points, all in the second half. Adding two more free throws on Monday night, Groetsch ended the season 20 for 20 from the charity stripe in the final three games of the year.

The Titans defense made things difficult on the Tigers all night long and forced 18 turnovers. CB South won the battle of the boards with a 23-17 rebounding edge. The Titans held the advantage on the offensive glass as well, 12-3. Joining Brodie in double figures for CB South were Haley Meinel and Lindsey Scott who each netted 11 points. All of Scott’s points came in the second half.

CB South improved to 28-4 on the campaign and advances to the PIAA championship game for the first time in program history where it will face District 1 rival Upper Dublin in the title game on Friday night in Hershey.

The WPIAL champion Tigers conclude the season with a 28-1 record and a third straight appearance in the PIAA semifinals. Congratulations to the entire North Allegheny girls’ basketball team and head coach Spencer Stefko for another memorable basketball season.