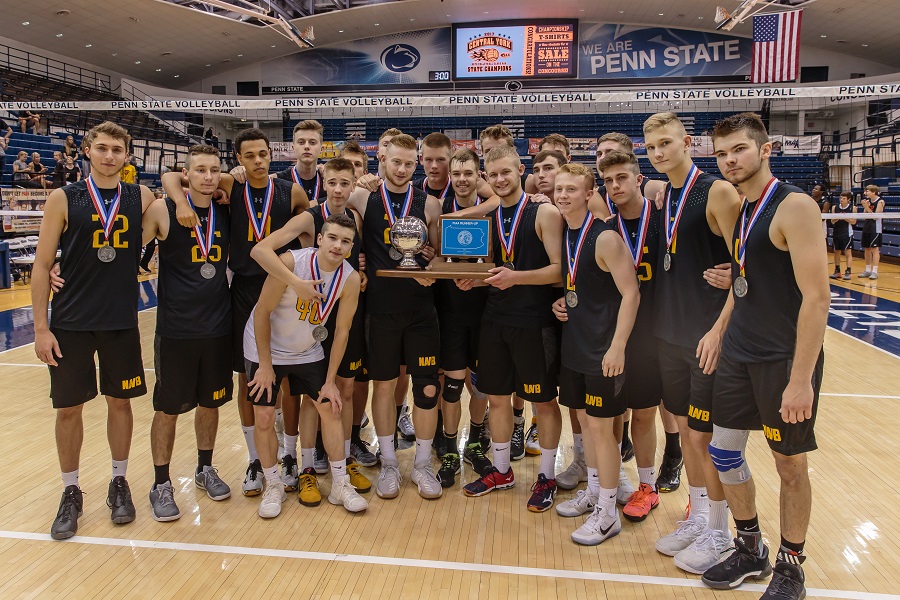 Click here for a photo gallery by J.J. LaBella

The North Allegheny boys’ volleyball team opened the 2017 season with a victory over Central York for the championship at the NA Invitational in late March. The Tigers were hoping to finish the season the same way it began, with another win over Central York. The storybook finish was not to be, however, as the Tigers lost their only match of the season on Saturday in the PIAA Class AAA championship, a 3-1 defeat to the Panthers from District 3.

The second set belonged to Central York as the Panthers clawed to a 16-9 lead and fended off the Tigers’ late-game efforts for a 25-21 win. Junior standout Cole Johnson tallied three kills and two aces in the second set but the Division I recruit was just getting warmed up. Johnson hammered out eight kills in the third set as Central York claimed a 25-22 victory.

In the fourth set, North Allegheny fought tooth-and-nail with Central York and held a 20-18 lead. Senior Seth Russell, a Keane University recruit, delivered three kills in the final set on his way to a nine-kill performance for the Tigers. However, Johnson reasserted himself for the Panthers in the late stages and propelled Central York to a 25-23 win to lock up a 3-1 triumph over North Allegheny and claim the PIAA Class AAA title.

Central York captures its seventh PIAA crown and finishes the year with a perfect 21-0 mark. Appearing in the PIAA title match for a record 15th time, North Allegheny ends the season with a 22-1 overall record. Congratulations to head coach Dan Schall, the coaching staff and the entire North Allegheny boys’ volleyball team for another successful 2017 campaign.