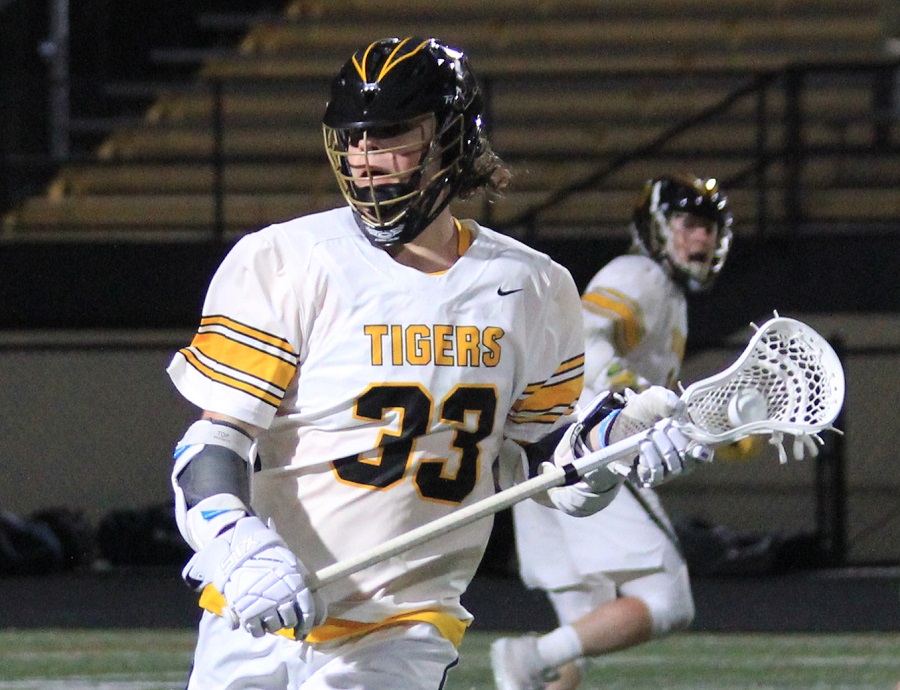 Two top five-ranked teams battled in the 2022 season opener on Friday night and third-ranked North Allegheny came away with a convincing 15-6 win at fifth-ranked Upper St. Clair. The reigning WPIAL Class AAA champions scored early and often enroute to the non-section win in the South Hills.

Seton Hill commit Cole Bordo scored 58 seconds into the new season and set the tone for the Tigers with a game-high seven goal effort. Bordo netted two goals in the first period, along with markers from senior Gavin Banyas and junior Marco Pascarella to give NA a 4-2 lead after one quarter of play.

Bordo tallied two markers to start the second quarter and Pascarella added another for a 7-2 lead with 8:53 remaining in the half. Despite an Upper St. Clair goal with 8:17 left in the half, North Allegheny turned the game into a rout by scoring eight unanswered goals to balloon the Tigers advantage to 15-3 by the end of the third quarter. The Panthers netted three meaningless goals in the fourth quarter to bring the final score to 15-6, Tigers.

The Tigers frustrated the Panthers with an aggressive and effective ride that forced plenty of turnovers. Senior Owen Bishop totaled a team-high seven takeaways, while Pascarella notched a pair of takeaways and a team-high four groundballs in a terrific all-around performance. Faceoff man Ryan Barry helped NA control possession by winning seven draws.

In net, junior Beck Taucher got the start and senior Marc Melanson made a pair of key saves in the second half.

Following the season-opening win, the Tigers look to build on their early momentum on Friday, April 1 at home against Mt. Lebanon. The contest will be broadcast live by the North Allegheny Sports Network.