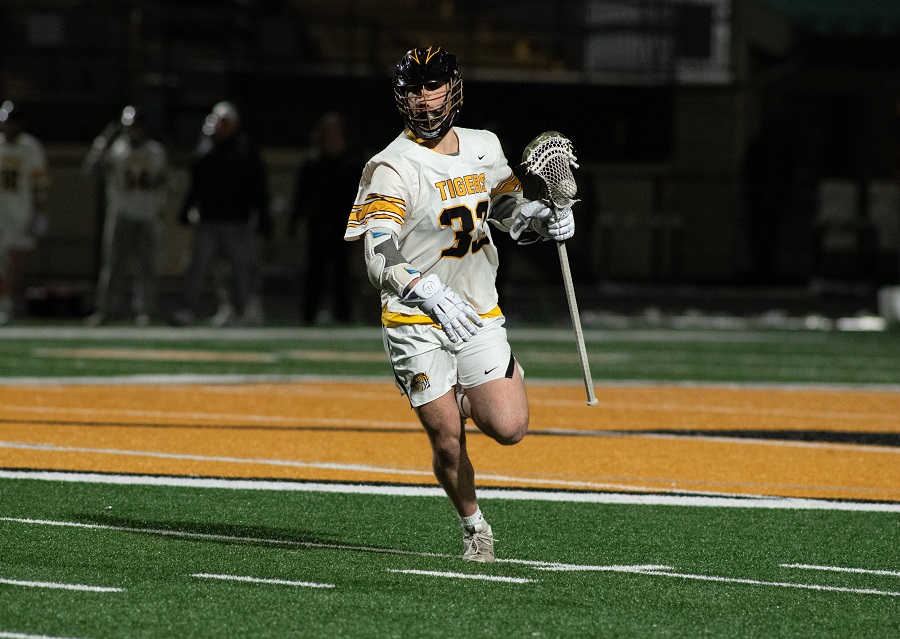 Senior Cole Bordo’s goal with 2:56 left in double overtime propelled North Allegheny to a 10-9 win on Sunday afternoon over St. Ignatius (OH) at Newman Stadium. The goal was Bordo’s third of the game and extended NA’s winning streak to five in a row. It’s also the Tigers seventh win in the last eight games.

A first quarter hat trick by Wildcats senior Luciano Yacavone gave the visitors a 4-1 lead in the first quarter. The Tigers rallied back on consecutive goals by Gavin Banyas, Marco Pascarella and Christian Tedder and tied the game at 4-4 with 6:19 left in the second quarter. Tedder finished with two goals on the night and Pascarella added a team-best five groundballs. The 4-4 deadlock was the first of five ties in a game that also featured four lead changes on the afternoon.

With the score knotted at 7-7 at the start of the fourth quarter, Banyas netted his third of the day 1:03 into the final stanza to give NA an 8-7 lead. However, St. Ignatius answered with back-to-back markers by Nathan Zoldesy and Hunter Moriarty to put the Wildcats back on top, 9-8, with 3:38 remaining.

Undaunted, North Allegheny responded and tied the score again at 9-9 with 1:53 left in regulation thanks to a tally by sophomore Evan Lyon. The Lyon goal, assisted by Marc Bartolomucci, ultimately forced overtime.

After a scoreless first overtime, the contest went deep into the second extra session before Bordo’s heroics lifted NA to the 10-9 victory.

The win improves North Allegheny’s overall record to 9-4 on the campaign. The Tigers return to section play and will host Pine-Richland on Wednesday night at 7:30 p.m.