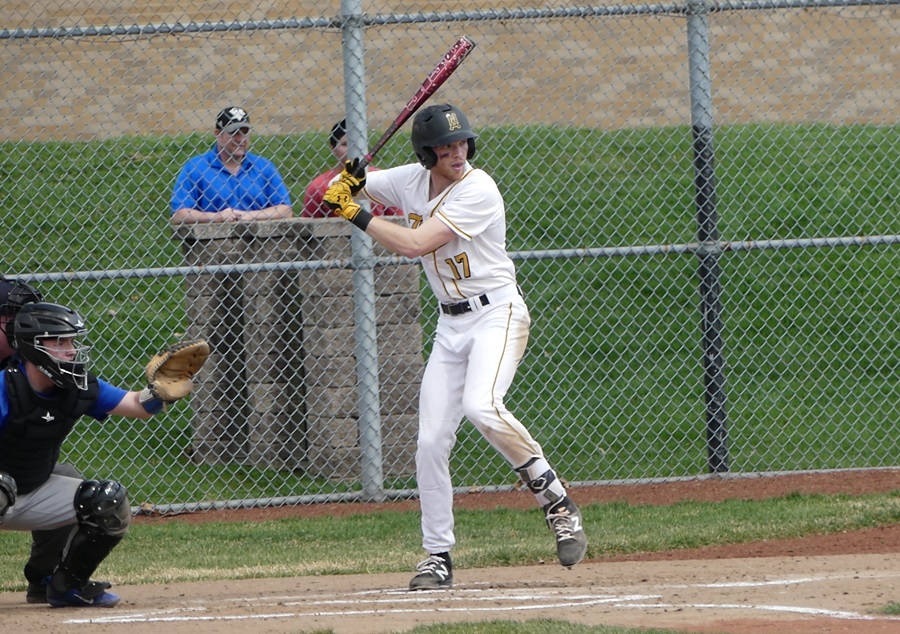 Solo home runs by seniors Colin Cain and Caiden Wood in the eighth inning propelled the North Allegheny baseball team to a 3-1 win over the McDowell Trojans in the opening round of the PIAA playoffs at UPMC Park in Erie, PA. Cain not only hit the go-ahead home run but was also the winning pitcher in relief with 2.2 hitless innings. For his outstanding performance, Cain was named the Wright Automotive Player of the Game.

It was Cain and Wood who combined their efforts to help give North Allegheny the lead in the second inning. Cain led off with a double, and an out later, Wood doubled home Cain for an early 1-0 lead.

Thanks to another strong start from senior pitcher Luke Trueman, the Tigers maintained their one-run advantage until the Trojans were finally able to break through in the bottom of the sixth inning. McDowell’s Jackson Hower delivered an RBI single to bring home Chris Juchno and evened the score at 1-1. Trueman received a no-decision with 5.1 innings of work, allowing only one run with five strikeouts and one walk.

With the score tied in extra innings, the game came down to the bullpen. That’s when Cain and Wood belted solo homers against McDowell reliever Matt Manzcka in the eighth inning to grab a 3-1 advantage. Cain pitched a 1-2-3 bottom of the eighth to secure the win and vault the Tigers to the PIAA quarterfinals for a rematch of the WPIAL championship game with the Canon-McMillan Big Macs on Thursday.

North Allegheny improves to 14-11 on the season, while McDowell concludes the year with a 13-9 record. Thursday’s PIAA quarterfinal game between North Allegheny and Canon-McMillan will be broadcast live via the internet on the North Allegheny Sports Network.