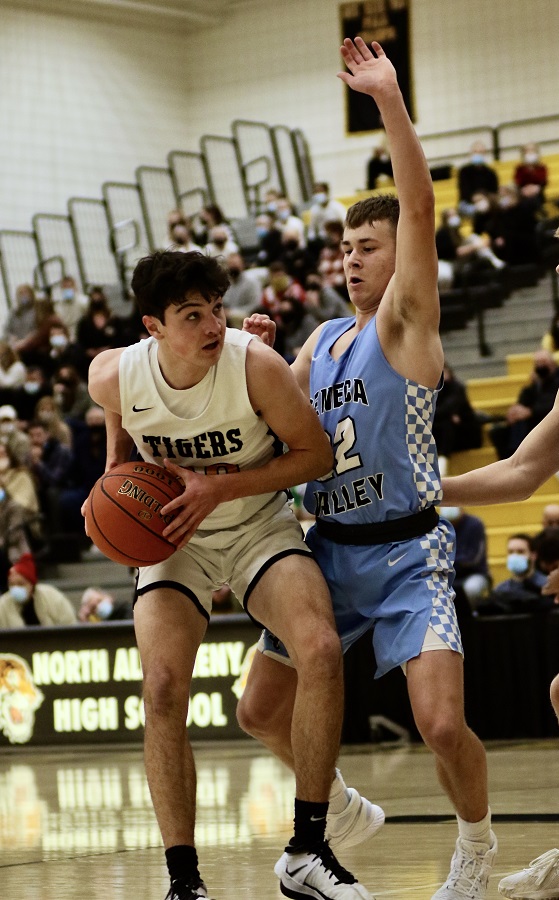 North Allegheny struggled in the first quarter, shooting 3-for-9 from the field and only scoring six points. The Rams jumped out of the gates shooting well and had a 17-6 lead after one. The second quarter was all about defense for the Tigers as they held Pine-Richland to 29% shooting and 5 total points and at the half North Allegheny was able to cut the deficit to five at 22-17.

The second half was all Tigers as they shot 65% for the half, getting three big 3-pointers from Robby Jones to start the third quarter. Pine-Richland would hang tough hitting some big shots to end the frame and we were all tied at 31-31 heading into the fourth quarter. In the final frame the Tigers were efficient on offense shooting 67% from the field and going 13-for-19 from the line and would pull away for a 56-48 victory.

Jones led the way with 18 points. Greg Habib had 15 points and was 5-for-6 from the line. Khalil Dinkins had another double-double with 12 points and 13 rebounds.