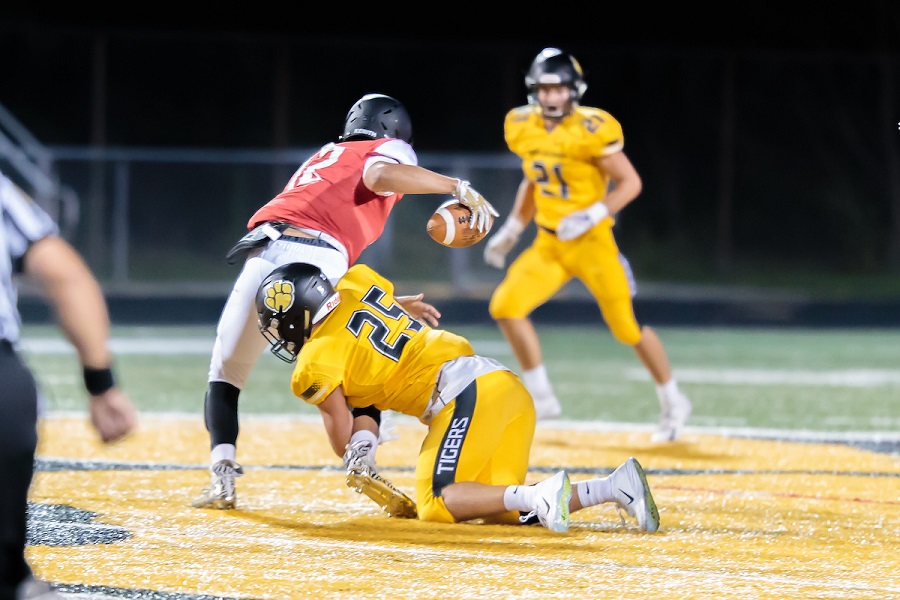 Defense and special teams were the recipe for success as North Allegheny used a 28-0 run in the second quarter to defeat Norwin, 56-14,on the road to improve to 2-0 overall and 1-0 in Class 6A.

The second quarter was all North Allegheny. After the offense sputtered the first couple drives the defense forced a punt and it was Dante Caputo who was able to block the punt and set up the Tigers offense 1st and goal at the 1-yard line. The next play it was Fisher once again with the 1-yard plunge to make the score 14-6. The North Allegheny defense then got a 3-and-out and a muffed snap set up the Tigers once again on the doorstep of the end zone. Ben Maenza then got in on the action with a 21-yard touchdown run making it 21-6. The defense again forced another turnover when Amosis Porter recovered a fumble and for the third straight possession North Allegheny’s offense started in the red zone. The next play, junior  quarterback Ben Petschke hooked up with senior Joey Porter Jr. for a 20-yard touchdown and the route was on as the lead swelled to 28-6. Luke Colella added a 22-yard touchdown run to give  the Tigers a 35-6 lead at the half.

Norwin came out strong to start the second half scoring 30 seconds in but that would be the last time they reached the end zone in this game. Maenza scored again on a 1-yard run, Justin Kerber scored on a 38-yard run and Percise Colon finished the scoring with a 65-yard touchdown run. Drew Jefferies put through the last extra point and North Allegheny finished the game with an impressive 56-14 win.