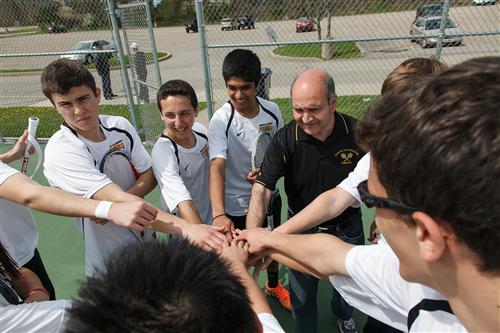 A graduate from the University of Pittsburgh, coach Gliozzi is a 25-year veteran of North Allegheny Senior High and is also the Kicking Coach for the Tigers football team. Under Gliozzi’s tutelage, the NA boys’ tennis team is a power in Section 2-AAA and perennial contender for the WPIAL title. Congratulations to coach Gliozzi on his 100th victory.