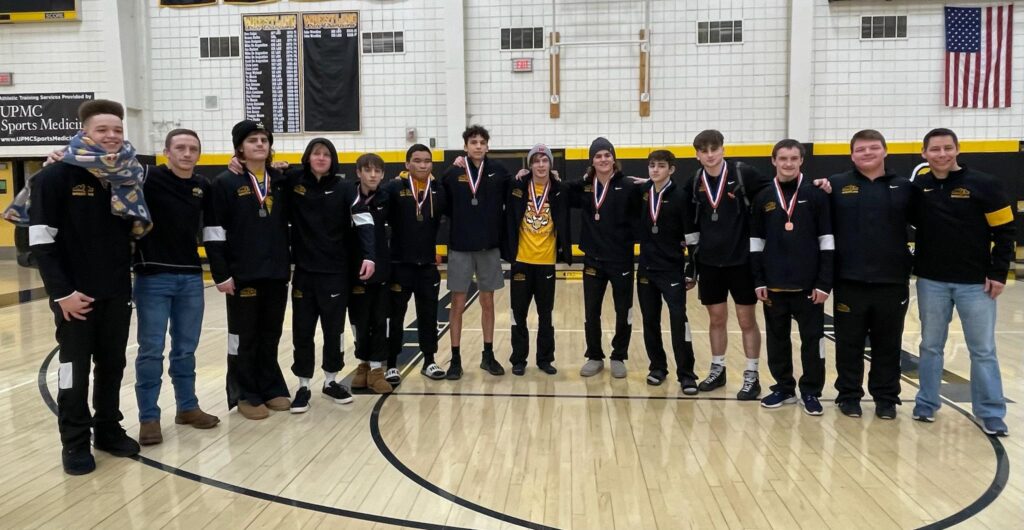 After winning a section title at 120 pounds last season, Coy claimed gold at 126 pounds with an 8-4 decision over Anthony Ferraro of Pine-Richland in the championship bout. It’s the third medal for the Wisconsin commit in his career, also earning silver as a sophomore.

At 145 pounds, Krist Vizcarra posted a 5-1 decision over Moon’s Tavis Lindsay in the third-place bout for bronze. Earning a fourth-place finishes were Sam Horton (120) and Kellen Buggey (152), which qualifies both wrestlers for the WPIAL tournament at Canon-McMillan next week.

For a look at the complete brackets from the Section 3-AAA individual tournament, click here.