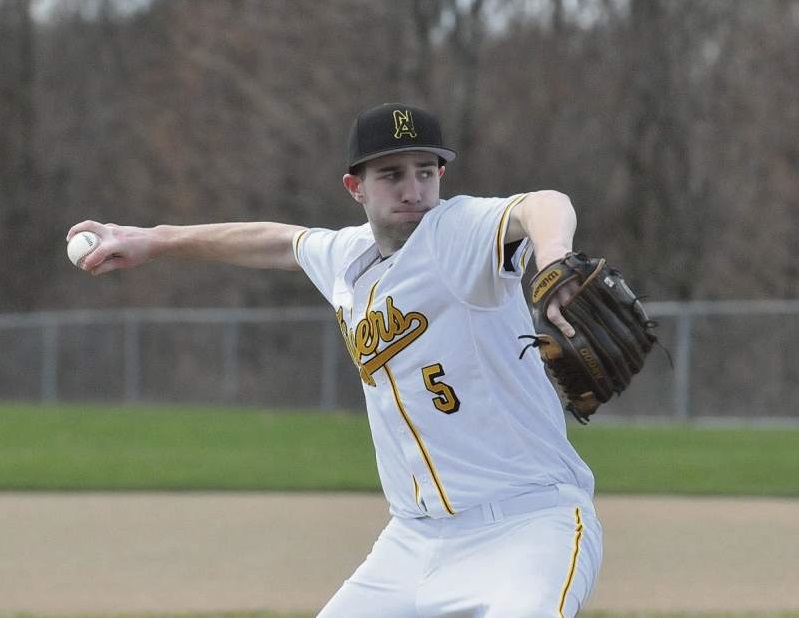 Senior Jake Fischbaugh (2-1) pitched a gem on Friday night with a complete game shutout to lift North Allegheny to a 3-0 victory over Seneca Valley. In a dominant outing, Fischbaugh allowed only one hit to the Raiders, a harmless infield single by Corbin Kessler in the fourth inning. The right-hander struck out five and was named the Wright Automotive Player of the Game by the North Allegheny Sports Network.

With Fischbaugh silencing the Raiders, the North Allegheny lineup gave the Tigers a 2-0 lead in the third inning on RBI singles by Jon Dignazio and Bobby Brown. NA added a third and final run in the fourth inning courtesy of an RBI groundout by Blake Young for a 3-0 advantage. Seneca Valley starter Shane Hepner, who was making his return from an injury sustained during the ice hockey season, took the loss with two runs allowed in three innings on the bump.

Following the win, North Allegheny sits at 6-2 overall and 3-1 in Section 1-AAAA. Seneca Valley falls to 3-5 overall and 1-3 in section play. The Tigers will host the Hampton Talbots in a non-section game on Saturday at 7:00 pm.