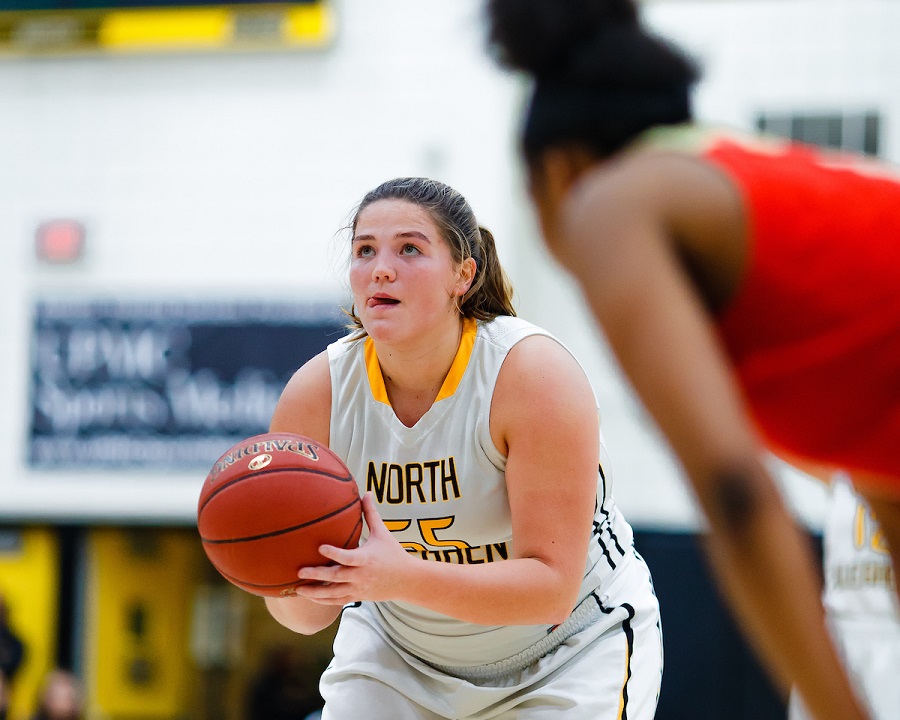 On Friday, the North Allegheny girls’ basketball team showed they can play with a lead the entire game in their season-opening win. On Saturday, they proved they can overcome adversity, and a double-digit deficit, to come away with the same result.

The Tigers erased an 11-point deficit midway through the third quarter for a 61-52 home win against Norwin in the Wright Automotive Tip-Off Tournament.

NA’s comeback came from an unlikely source from beyond the arc, with two critical 3-pointers by senior Maddie Fischer. Fischer finished the game with 17 points and 11 rebounds, earning her the Wright Automotive Player of the Game nod.

For the second straight day, junior Rachel Martindale scored at least 20 points. Her 20-point effort led the Tigers and her third 3-pointer of the game gave NA a 48-46 lead with 6:13 left in the game. It was the Tigers first lead of the second half and one they would not relinquish.

North Allegheny entered the fourth quarter down 46-45, but outscored the Knights 16-6 in the final eight minutes.

Norwin led most of the first half, led by Magen Polczynski. Polczynski finished with a game-high 22 points, with half of those coming in the first quarter. She had 17 points at the half, but NA’s defense was able to shut her down in the second half. Also scoring in double figures for Norwin was Olivia Grimble with 10 points.

Senior Piper Morningstar joined Martindale and Fischer in double figures for the Tigers with 10.

With the win, North Allegheny improves to 2-0 and will conclude its portion of the tip-off tournament on Sunday against Altoona at 1:30 p.m. Altoona has matched NA by winning their first two games of the season. That game will be broadcast live on the North Allegheny Sports Network.