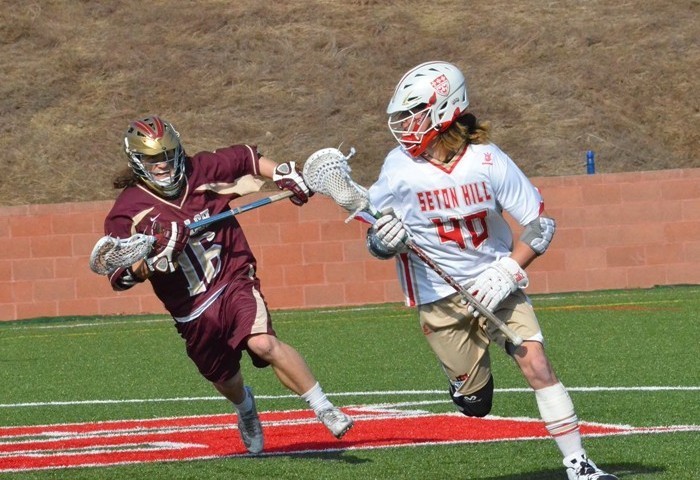 Former North Allegheny Tigers and senior faceoff specialist for the Seton Hill men’s lacrosse team, Anthony Peluso, has been named preseason All-American by Inside Lacrosse Magazine in their 2016 Face-off Yearbook.  Peluso was a third team selection and last season was a third team USILA All-American.

Peluso was also a first team All-ECAC selection as a specialist last season and was named to the All-ECAC Tournament team as a specialist.  Peluso won 67 percent of his faceoffs last season (204-305).  That was the fifth best percentage in Division II.  Peluso also added a goal and an assist, while posting a team high 77 ground balls.

With return of talented players like Peluso, the Griffin men’s lacrosse team was ranked seventh in the Inside Lacrosse 2016 Face-Off Yearbook preseason rankings.