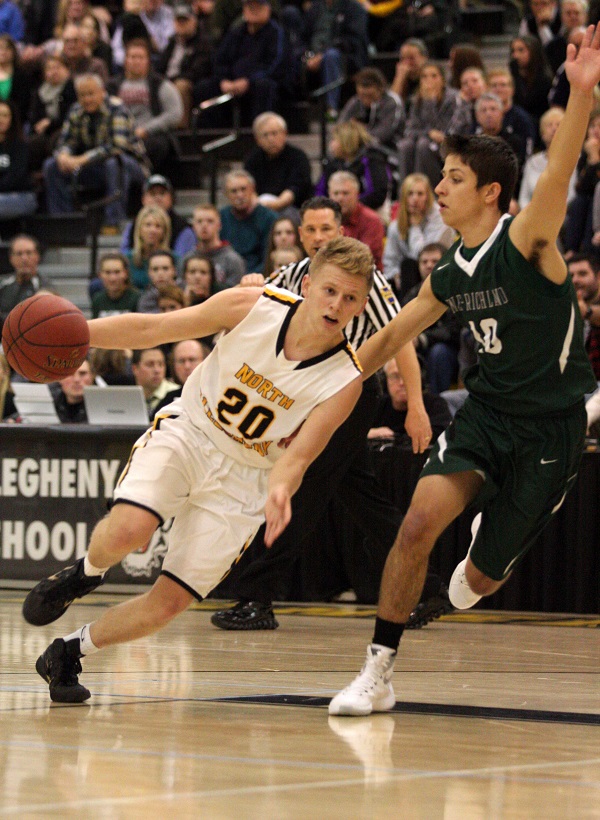 In a battle of the top two teams in Section 3-AAAA, No. 6 Central Catholic Vikings topped No. 2 North Allegheny, 76-57, on Tuesday night. The victory vaults Central Catholic into first place in the section standings. Senior Bobby Kiernan matched a career high with 22 points and grabbed 10 rebounds to lead the Vikings toward victory.

Kiernan and the Vikings leaped to a 16-5 lead over North Allegheny in the first quarter and did their damage primarily in the pain. Kiernan scored 10 points in the opening stanza as Central Catholic as hitting on all cylinders, shooting 71 percent for the quarter.

North Allegheny increased the tempo in the second quarter and cut the Vikings lead to 27-24 midway through the period. Senior Keegan Phillips helped spark the Tigers’ surge and finished with 13 points on the night. For his efforts, Phillips was selected as the Wright Automotive Player of the Game.

North Allegheny slips to 7-3 overall and 3-1 in Section 3-AAAA. Central Catholic improves to 8-2 overall and 4-1 in the section. The Tigers will visit Seneca Valley in another section contest on Friday night.