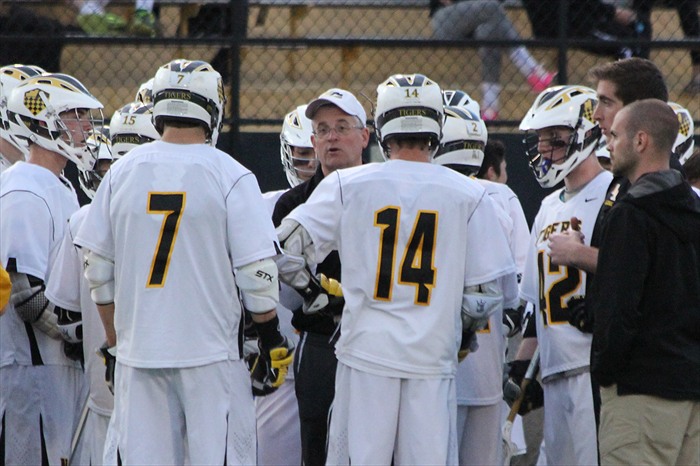 Despite a furious fourth quarter rally, the NA boys’ lacrosse team fell in an upset to Sewickley Academy on Monday afternoon, 12-10.  The Tigers scored six of the last eight goals in the second half to pull to within two points with 2:22 to play.  However, NA could come no closer and dropped its first game in a month, snapping a nine-game winning streak.

The Tigers fall to 12-2 overall on the season and Sewickley Academy improves to 4-10. North Allegheny returns to section play with a chance to grab the Division 1, Section 2 title outright with a home game against the Pine-Richland Rams.  The game will be broadcast live via the internet on the North Allegheny Sports Network. Start time is set for 7:30 pm.