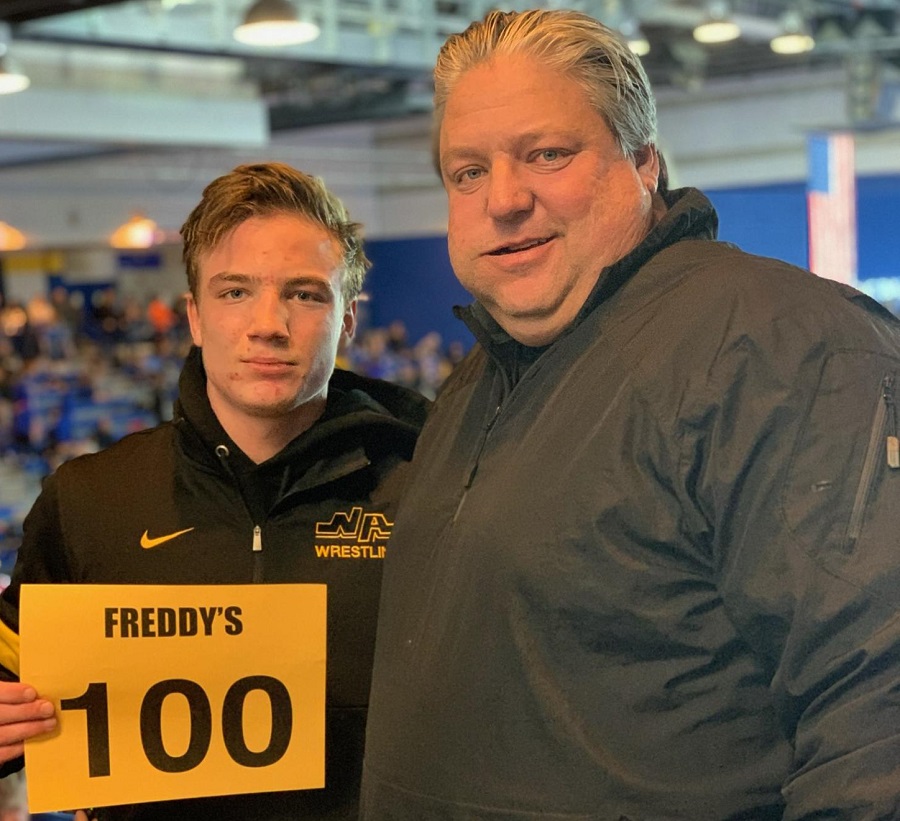 North Allegheny senior Freddy Junko earned his 100th career victory over the weekend at the Beast of the East Tournament in Delaware. The Virginia Military Institute commit reached the century mark with a 2-1 victory over Nick Paolucci of Archbishop Spalding in the second round of the consolation bracket at 145 pounds. Junko won two more bouts in the consolation bracket before eventually bowing in the fifth round in day two of the tournament. Congratulations to Junko on his outstanding achievement.