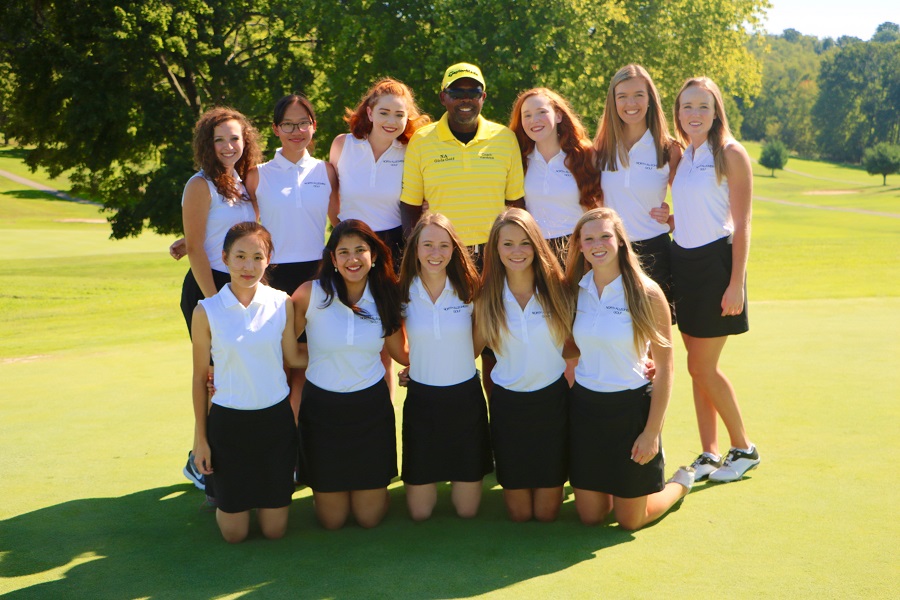 The North Allegheny girls’ golf team captured a second straight WPIAL title with a team score of 329 at the WPIAL Championships at Cedarbrook Golf Course on Thursday. In a very competitive battle, the Tigers edged out second-place Shady Side Academy by one. Peters Township scored 362 and Butler came in with a 387.

The scores for the match between NA and Shady Side were identical from the first four matches. The final match proved pivotal with North Allegheny’s number five golfer, freshman Esha Vaidya, posting the needed score for the win with an 88. The Lady Tigers were paced by Christina Lewis and Caroline Wrigley who each shot a 78. Senior Jessica Hood posted an 85 and Jordan Farrell checked with an 89. Shady Side was led by Casey Morrow and Katherine James who each tallied a 78.

North Allegheny will celebrate its back-to-back WPIAL championship before setting its sights on PIAA gold. The Lady Tigers will move on to the PIAA Championship on October 26.