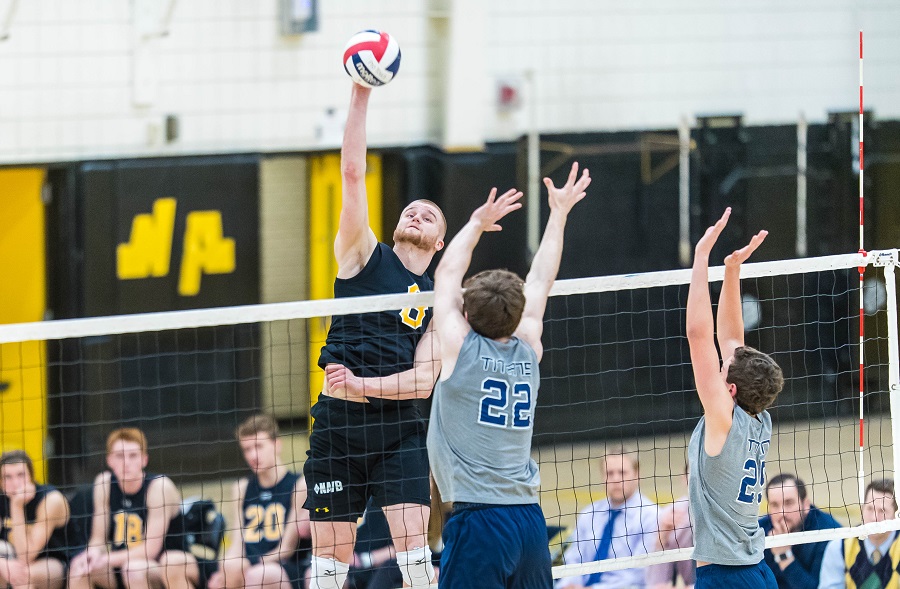 Tuman posted nine kills in the first set alone as he and the Tigers jumped on the Titans for a 25-19 win. For his efforts, Tuman was named the Wright Automotive Player of the Match.

In the second set, North Allegheny received contributions from Josh LaMay and Jeremiah Zemet who posted four and three kills, respectively. Zemet finished the night with five kills and a team-leading three blocks. With regular setter A.J. Schmidt getting a breather in the second set, Sava Topich performed admirably and distributed five assists.  The Tigers easily handled Shaler in the second set for a 25-12 win.

Tuman’s dominance returned to the forefront in the third set with six more kills and fellow senior Jason Stiefvater punished the Titans with big swings of his own. Stiefvater totaled double figures in kills with 11. The duo of Tuman and Stiefvater helped finish off Shaler for a 25-19 victory and a 3-0 sweep.

Shaler was paced by senior outside hitter and Penn State Altoona commit, Jon Ramsey, who finished with 10 kills.

With the win, North Allegheny jumps to 8-0 overall and 7-0 in Section 2-AAA. Shaler falls to 5-4 overall and 4-3 in the section. The Tigers will take part in the York Invitational this weekend.