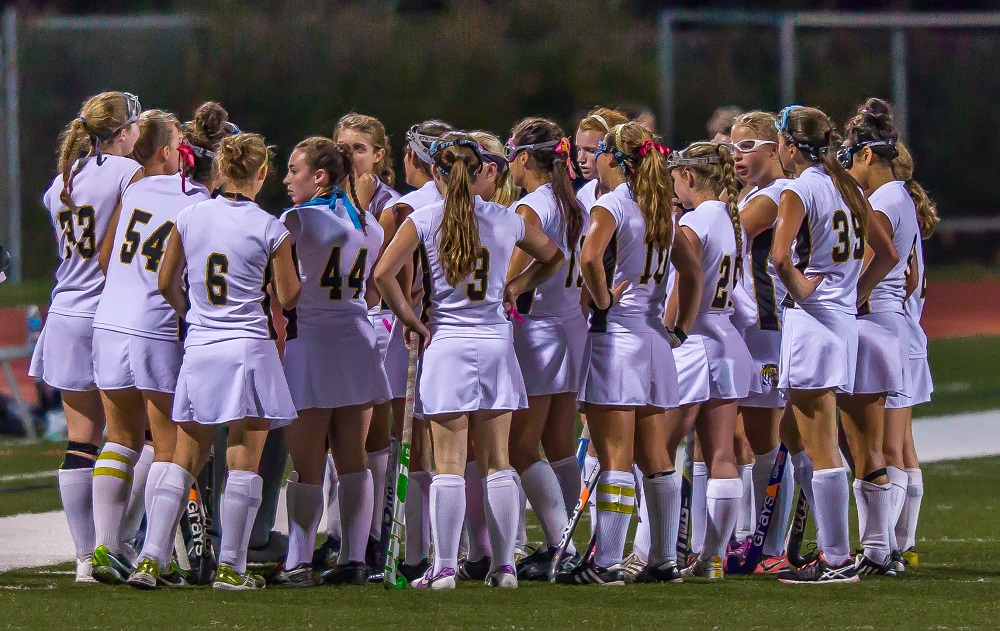 After recording a victory against the visiting Novi, Michigan team at home on Friday night, the Lady Tigers took a road trip to Ohio on Saturday morning to take on the Hudson High School field hockey team.  North Allegheny senior Bree Monnin scored the first goal, assisted by junior Kailey Vogl with 13:10 left to play in the first half.  Vogl had a reverse hit into the circle to Monnin, whose shot slipped past the Hudson goalie on the right-hand side.  Hudson would retaliate by storming back to quickly score a tying goal with 11:14 to play in the first half. Maintaining the pressure on the Tigers defense, Hudson scored the go-ahead goal only two minutes later to end the half, 2-1.

The Lady Tigers will be back in action when they travel on Tuesday to face Latrobe at 4:00 pm (jv 5:30.)  The next home game will be Wednesday at Newman Stadium against visiting Hempfield.  Game time is set for 7:30 (jv 6:00.)