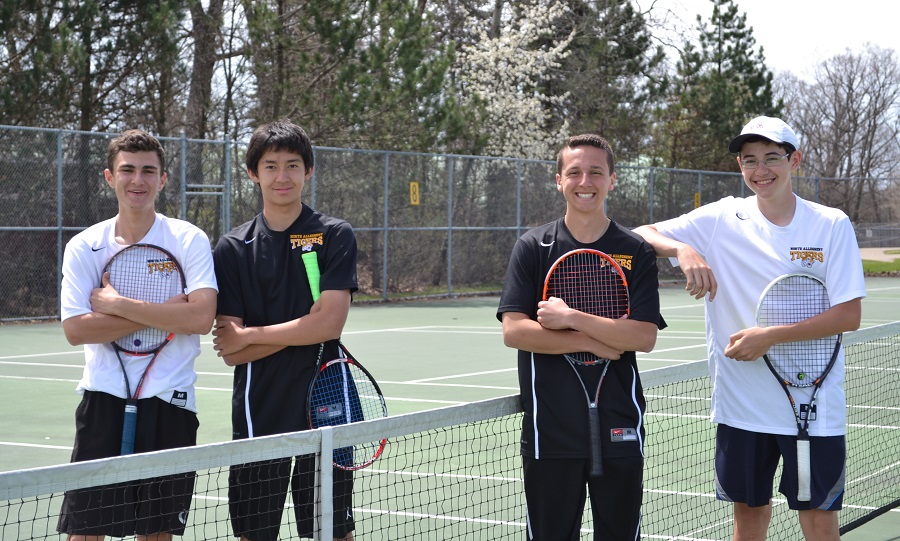 Play began with the NA duo of sophomores Andrew Chuirazzi and Ivan Voinov (seeded 11) challenging the 6th seeded duo of Rochan Ramesh and Connor Warwick of Franklin Regional in the first round.  The Tigers started slowly, clearly regained their momentum, and nearly pulled the upset before falling 10-8. Isaacs and Hofmann played a total of 34 games during their matches and won 32.  They beat Hempfield’s duo (#16 seed) 10-0 in the first round and Upper St. Clair’s duo (#9 seed) in the quarterfinal match.  The semi-final match pitted Isaacs and Hofmann, the number one seed in the competition, against the #4 duo of Cooper Kann and Michael Kann of Shady Side Academy.  The match was one sided as the Tigers dominated from the start, regularly breaking the Shady Side team’s serve in the straight set match.