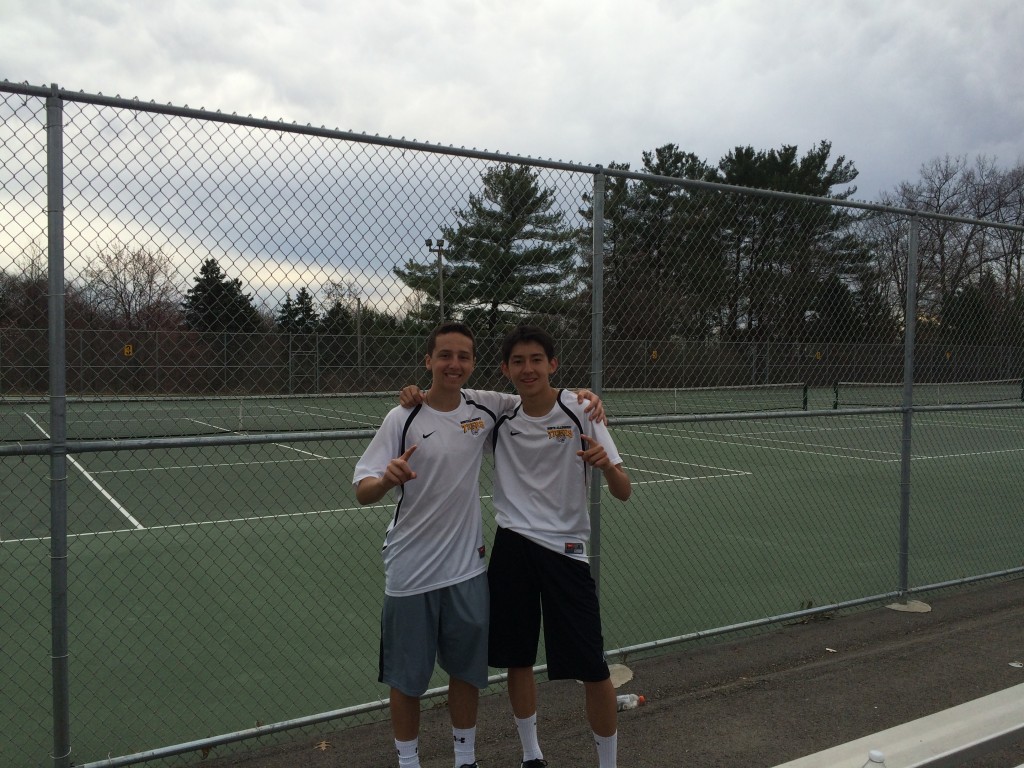 The Section 2 Doubles Tournament continued Tuesday afternoon on the NASH courts, and when play ended the Tiger duo of junior Jared Isaacs and freshman Richard Hofmann was crowned champion.  Isaacs and Hofmann, the number two overall seed, came from behind to beat Ben Vinarski and Sid Iyer of Pine-Richland in the semi-final contest.  After losing the first set to the P-R duo, the Tigers roared back with a dominating two sets to move into the finals.  In the championship match and facing the one seed of Josh Raymundo and Aaron Gruber from Mars, Isaacs and Hofmann took the first set in a thrilling tie break.  The two Mars Planets fought back and took an exciting second set, also in a tie break, after both squads broke each other’s serve with regularity.  The third set was all North Allegheny, as the Tigers dominated from start to finish with multiple breaks to secure the title.  This marked the second consecutive year that Isaacs came out of Section 2 as the doubles champion.  Meanwhile, the duo of senior Eric Huang and junior Andrew Xu, the 5th seeds, saw their play end with a fourth place finish in the competition.  Both teams will continue play in the WPIAL Doubles Tournament, to be held Monday, April 20, on the NASH courts at 12:30 PM.