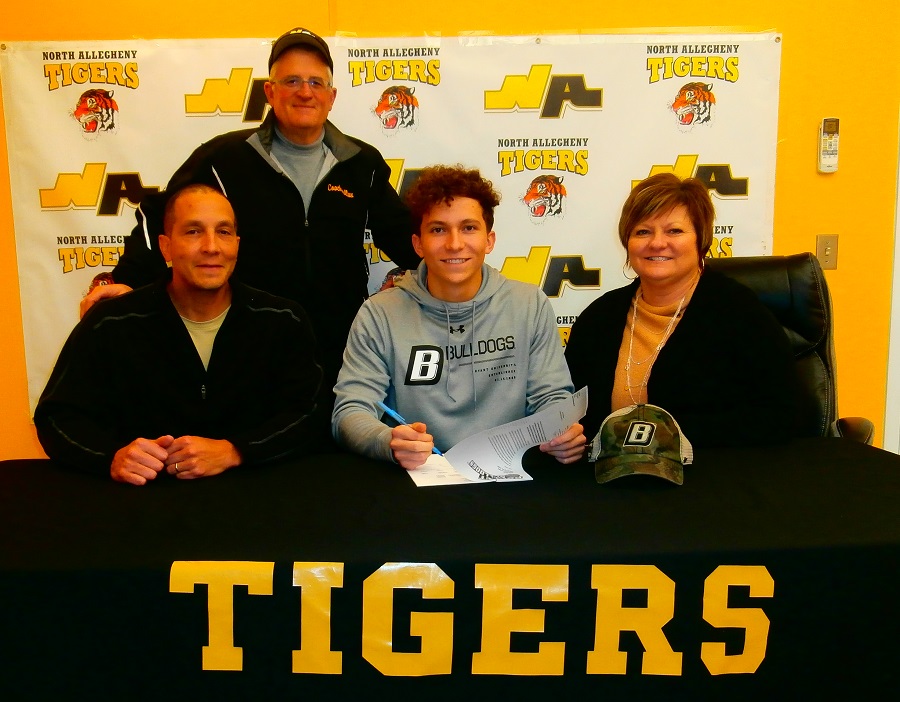 North Allegheny senior Isaiah Davis has signed his letter of intent to continue his athletic and academic career at Division I Bryant University in Smithfield, Rhode Island.

A regular in the lineup since his freshman season, Davis was named All-WPIAL at the attack position as a junior and helped lead the NA boys’ lacrosse team to a Section 2-AAA title. The Tigers went 14-4 last season and reached the WPIAL semifinals.

Davis plans to major in Finance. He is pictured above with his parents Mike and Deb, and head coach John Rullan.