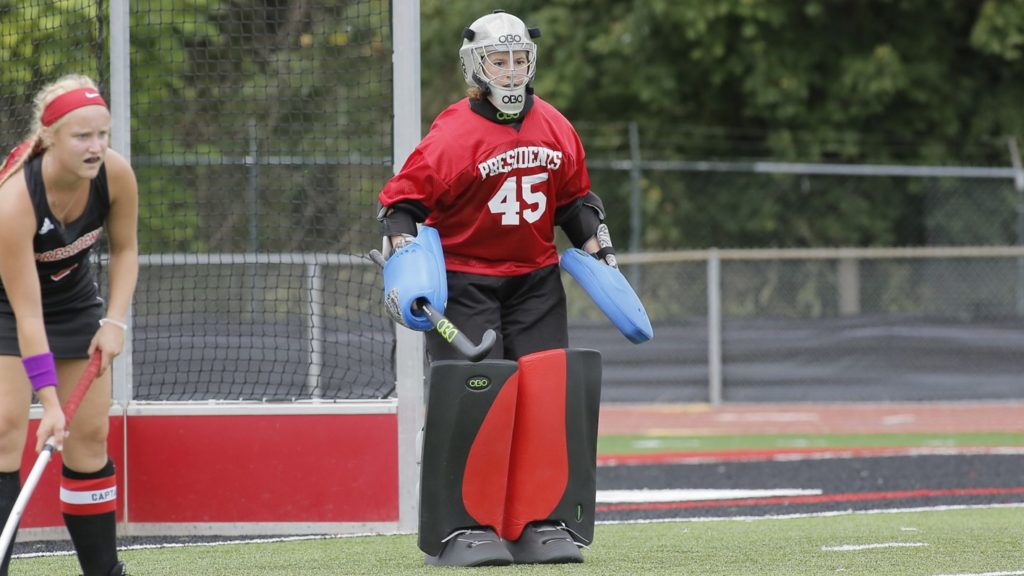 Israel walked away with today’s honor after backstopping the Presidents to a critical 2-1 E8 victory over St. John Fisher on Saturday, Sept. 29. The sophomore from Wexford, Pa. made four saves to keep the high-powered Cardinals to one goal. Israel also commanded a W&J defense that held Fisher, who ranks second in the conference with 17.7 shots per game, to 10 total shots.

For the season, Israel has allowed just one goal in 420:00 minutes of action. Nationally, Israel leads all of Division III in both goals-against average (0.17) and save percentage (.923).

With the win, the Presidents improved to a perfect 8-0 on the season and took sole possession of first place in the E8 with a 3-0 conference record. The W&J victory also snapped a six-game win streak for the Cardinals, who are 7-2 on the year.

W&J will look to keep its win streak rolling on Wednesday, Oct. 3, when the Presidents battle the Bobcats of Frostburg State at 7 p.m. at Cameron Stadium.