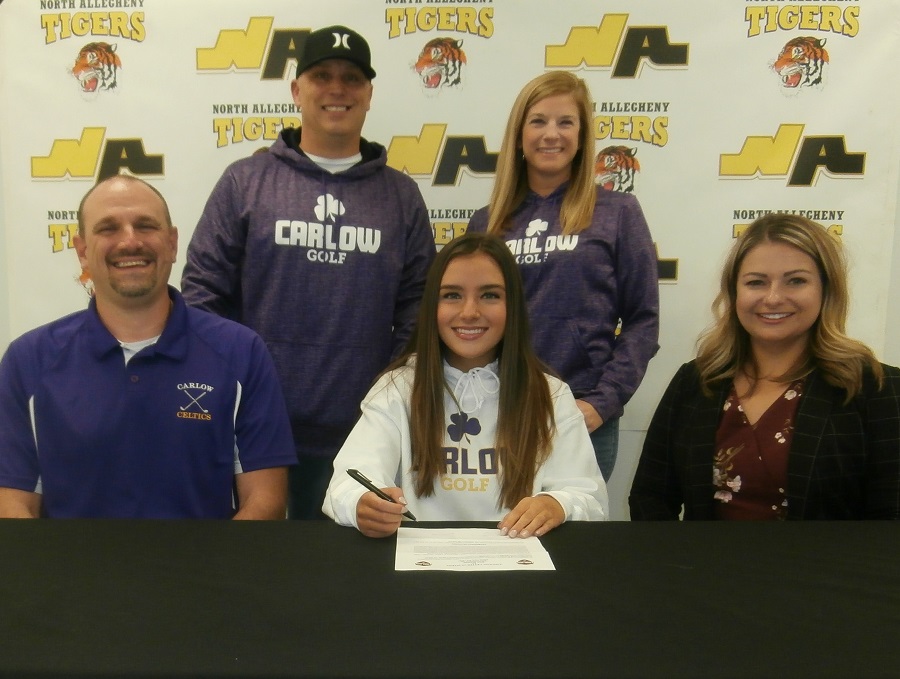 North Allegheny senior golfer Jena Norman has signed her letter of intent on National Signing Day to continue her academic and athletic career at Carlow University next season.

Norman was a member of a North Allegheny girls’ golf team that earned an undefeated section crown and finished third at the WPIAL finals.

An individual highlight for Norman was back-to-back career-best performances in early September. Against Mars on Sept. 3, Norman set a career mark with a score of 47. Just four days later at Penn-Trafford, she shot a new personal best with a low score of 45.

Norman will join a Carlow University program in Pittsburgh that competes in the NAIA Rivers State Conference. Norman is planning on studying Elementary and Special Education at Carlow. She is pictured above with her parents Jeff and Tina Norman, Carlow University head coach Ryan Shank and North Allegheny head coach Sarah Morrison.