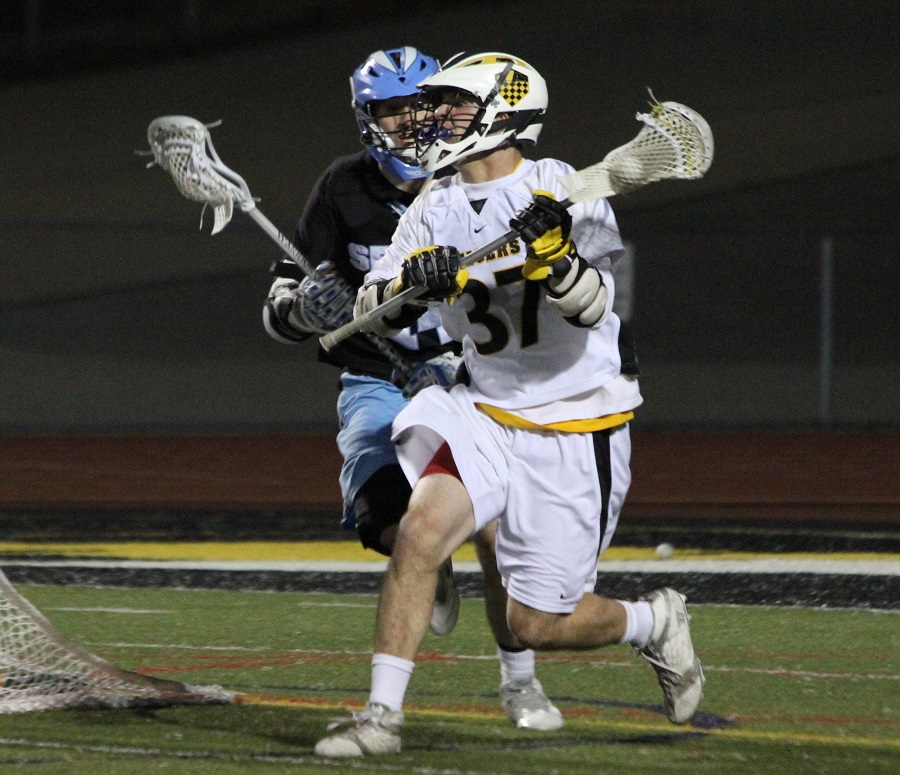 North Allegheny erased a two-goal deficit in the final quarter and claimed an 8-7 win in double overtime against Sewickley Academy on Monday night. The Tigers trailed 7-5 with less than four minutes to play before two quick strikes by NA forced overtime. Nick Koebley scored with 3:35 remaining in regulation and Alex McGovern netted the equalizer just 28 seconds later to even the score at 7-7.

In overtime, the Tigers failed on two man-up situations but eventually tallied the game winner with 1:58 to play in the second OT. Fittingly it was Koebley who netted the game winning goal for North Allegheny. The senior attack scored an astonishing seven goals to pace the Tigers offense.

In net, senior John Abbondanza made nine saves in the winning effort. Zach Smith and Zech Nachazel did their best to keep NA in possession with nine and eight ground balls, respectively. Junior Jesse Shaffer led the defensive efforts with five forced errors.

With the non-section win, North Allegheny now sits at 7-5 overall and visits Hampton on Wednesday night in a Division 1, Section 2 contest. Sewickley Academy drops to 5-5 overall and will host Bethel Park on Wednesday.