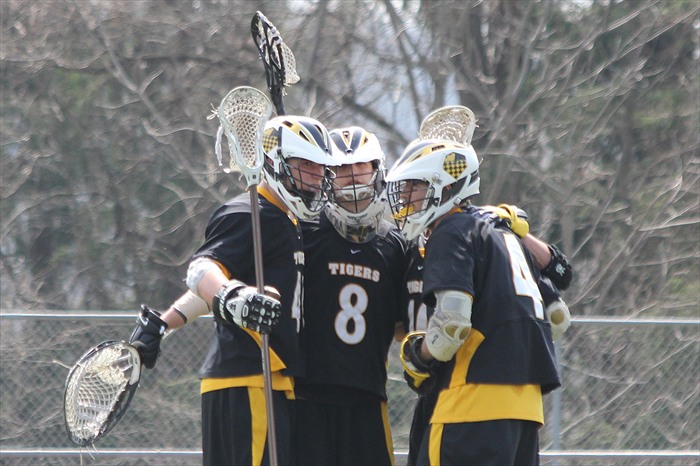 North Allegheny stormed out of the gates with six first period goals and buried the McDowell Trojans on Monday night, 14-8, in a non-section contest on the road. Senior Nick Koebley led the charge with five goals, including three in the first period alone.

Along with Koebley’s monster performance, senior Stephen Kelleher posted a hat trick and senior Alec McGovern scored a pair of goals. Other Tiger goal scorers included Jordan DeVivo, Zech Nachazel, Marty Hubert and Nathaniel Sprunk.  NA held an 8-2 lead at intermission and cruised in the second half to the win.

With the win, North Allegheny is 5-4 overall while McDowell falls to 2-5 on the season. The Tigers return home on Wednesday night for a Division 1, Section 2 meeting with the Seneca Valley Raiders.  The game will be broadcast live via the internet on the North Allegheny Sports Network.   Faceoff is slated for 8:00 pm.