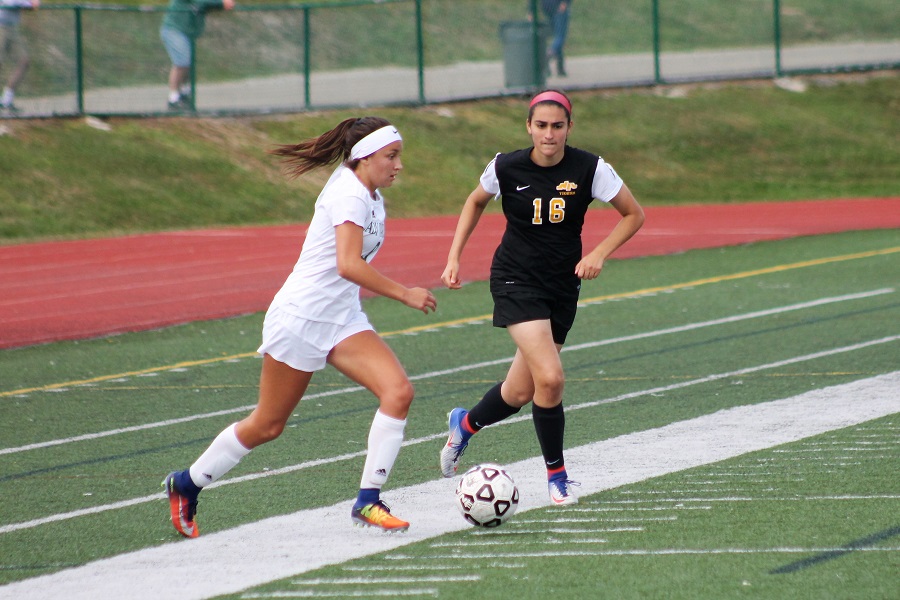 Lady Tigers Advance To PIAA Playoffs With Win Over USC

The North Allegheny Tigers defeated the Upper St. Clair Panthers on Wednesday night, 3-0, on a rainy and foggy night at West Allegheny in the WPIAL Class AAA third-place consolation game.

The Tigers started quick scoring 38 seconds into the game.  Ava Ruppersberger knocked in a loose ball after goalie Jill Rocco came out to make a save and could not hang on to the initial shot from Alex Adams and the Tigers led 1-0.  Olivia Ruppersberger had a couple of key stops midway through the first half and defensively Natalie Mudd, Jetta Kroll and Caroline Wood prevented the Panthers from good scoring chances. North Allegheny made the score 2-0 in the 31st minute when Adams would beat the goalie from 20 yards out from the right side.

Julia Corrrea started in goal in the second half and stopped Jane Madson in the seventh minute from close range.  The Tigers had a very good opportunity in the 13th minute when Adams was tripped just outside the box but the Tigers could not convert on the free kick. Ava Ruppersberger scored her second goal of the game on a penalty kick in the 22nd minute to increase the lead to 3-0.  Correa continued her strong play as the Panthers pressured but the defense continued to shine.

Nicky Gibbons broke the shutout with three minutes to go but it was too little, too late for USC and the Tigers would claim the victory.

With the win, North Allegheny qualified for the PIAA tournament as the No. 3 team in Class AAA and will face either Norwin or Penn Trafford on Tuesday night at a site and time to be determined.  Ava Ruppersberger was named the Wright Automotive player of the game for her performance.