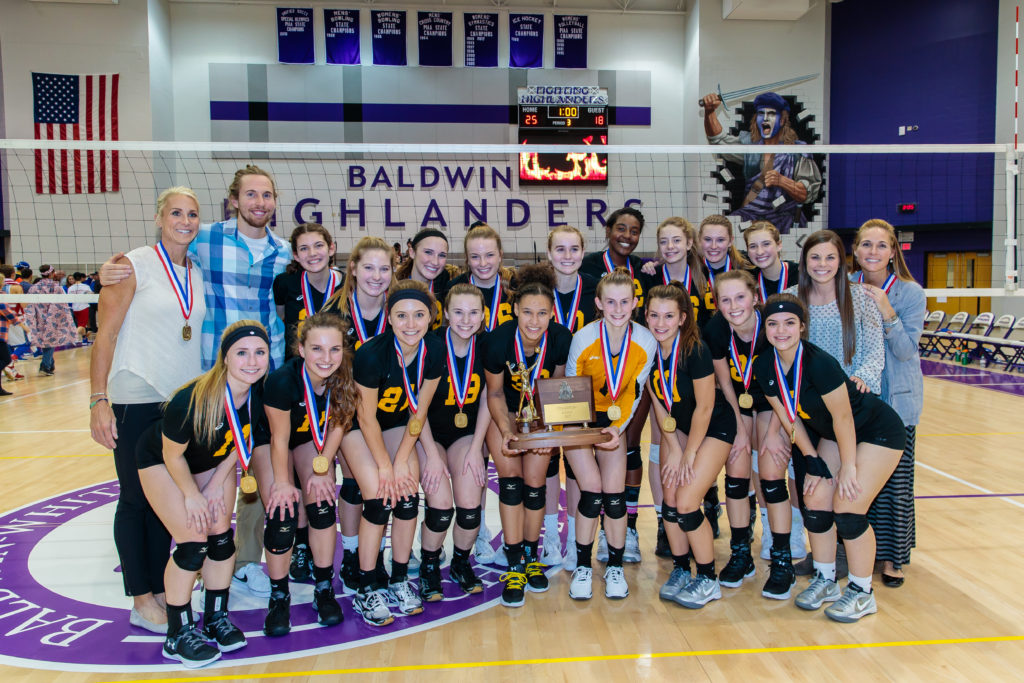 Click here for a Photo Gallery by J.J. LaBella

After falling in the WPIAL finals in 2014 and 2015 and getting bounced in the quarterfinals in 2016, the North Allegheny finally got over the hump sweeping Armstrong 3-0 to capture its first WPIAL championship since 2013. It was the fifth WPIAL crown in North Allegheny program history.

The first set started off strong as the Tigers jumped out to a 9-3 lead, thanks in large part to senior Kayla Dinkins, Dinkins accounted for six of the first nine points. Armstrong was able to collect themselves and get back in the game led by senior Lauren Crytzer. It looked like Armstrong might take the first set when they led 24-23, but just like in the semifinals, North Allegheny averted two set points and took the set, 27-25.

In set two, the Lady Tigers got their groove back, jumping out to a 16-8 lead and never looked back. This set was dominated by sophomore Abby Miller, who is typically known for her setting, but had five kills in the set. North Allegheny finished off the set, winning it 25-15.

Set three was a lot more competitive with Armstrong being the aggressor early, leading 11-10 but a block by junior Anna Sprys and a kill by senior Mika Logan gave North Allegheny the lead for good and on set point an error by Armstrong gave the Lady Tigers a 25-18 win, giving the  Tigers their first WPIAL title in four years.

The Lady Tigers improves to 20-0 while Armstrong falls to 18-2. The run is not over for the Lady Tigers as they advance to the PIAA state playoffs which will begin on Tuesday where they will take on the third place finisher in District 3.